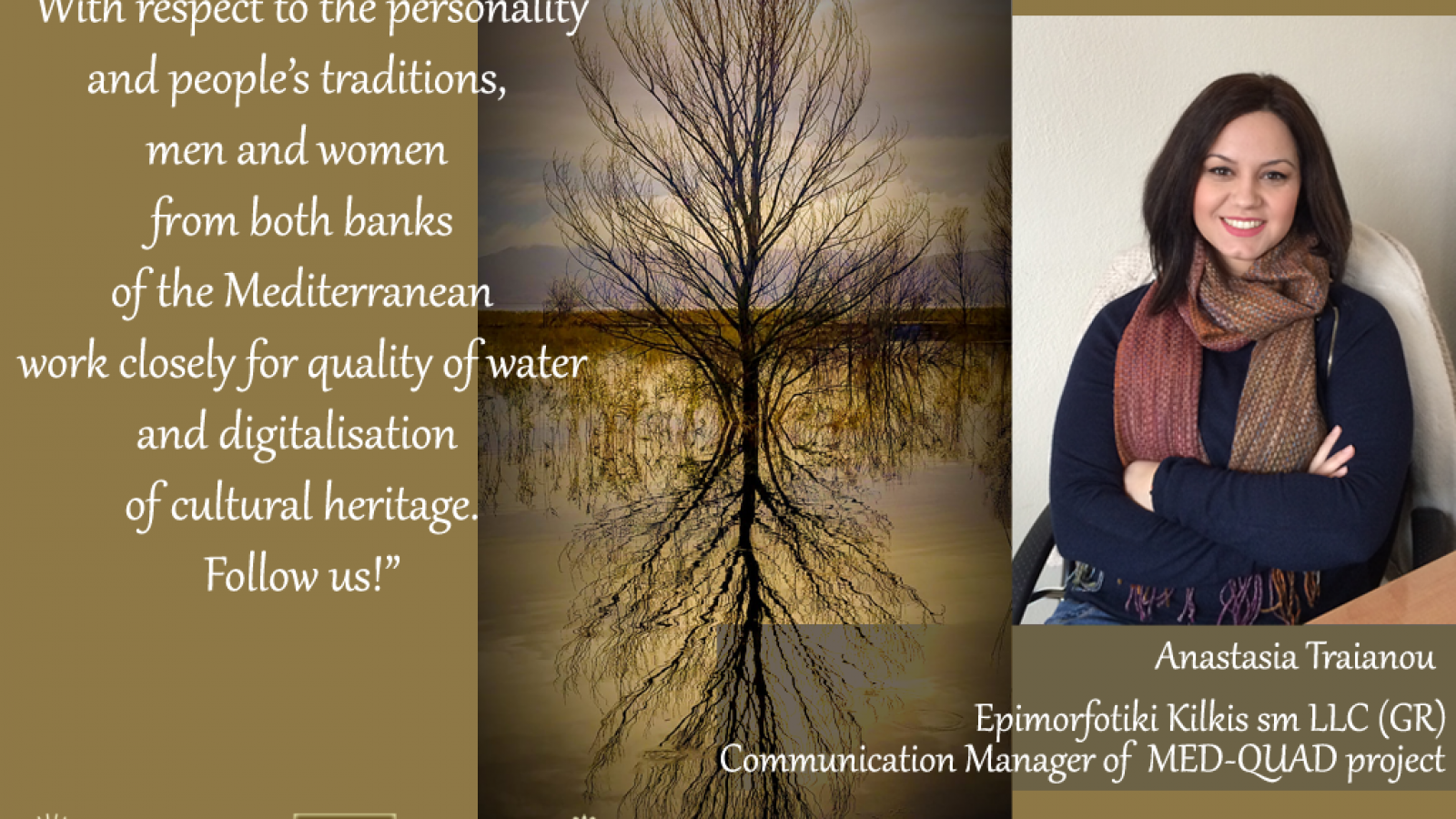 The Managing Authority of the ENI CBC Med Programme organizes a 100% women's campaign for the International Women's Day. To the call for the participation of women, representing approved projects in Mediterranean countries, Epimorfotiki Kilkis (Greece) responded positively, as coordinator of the "MED-QUAD” project, which is implemented in collaboration with 6 Universities from 6 Mediterranean countries. The women responsible for the communication and representation of the MED-QUAD project participating in the campaign are: Anastasia Traianou (Epimorfotiki Kilkis, GR) and Nour Al-Junidie (Polytechnic University of Palestine).

As part of the campaign, the project's communications managers were asked to link in two words, the value of gender equality, with the goals of the project they represent. Thus, for the MED-QUAD project, on behalf of the Greek participation, emphasis was placed on the equal participation of the sexes in the activities of the project, as well as its goals, which are local sustainable development, through the saving of water and the promotion of culture, through the digitization of cultural heritage artworks, in collaboration with universities, local government, businesses and society. For this reason, a basic photo, to accompany the testimonials of the project’s communication manager, was selected by Epimorfotiki Kilkis, that of Lake Doirani (copyright of photo: Makaron Picture), to simultaneously give a beautiful depiction of the area.

On the occasion of the International Women's Day, the participating organizations of the project, express to all women their best wishes, for continuous personal and professional development and would like to induce them to actively participate in the activities of the project.