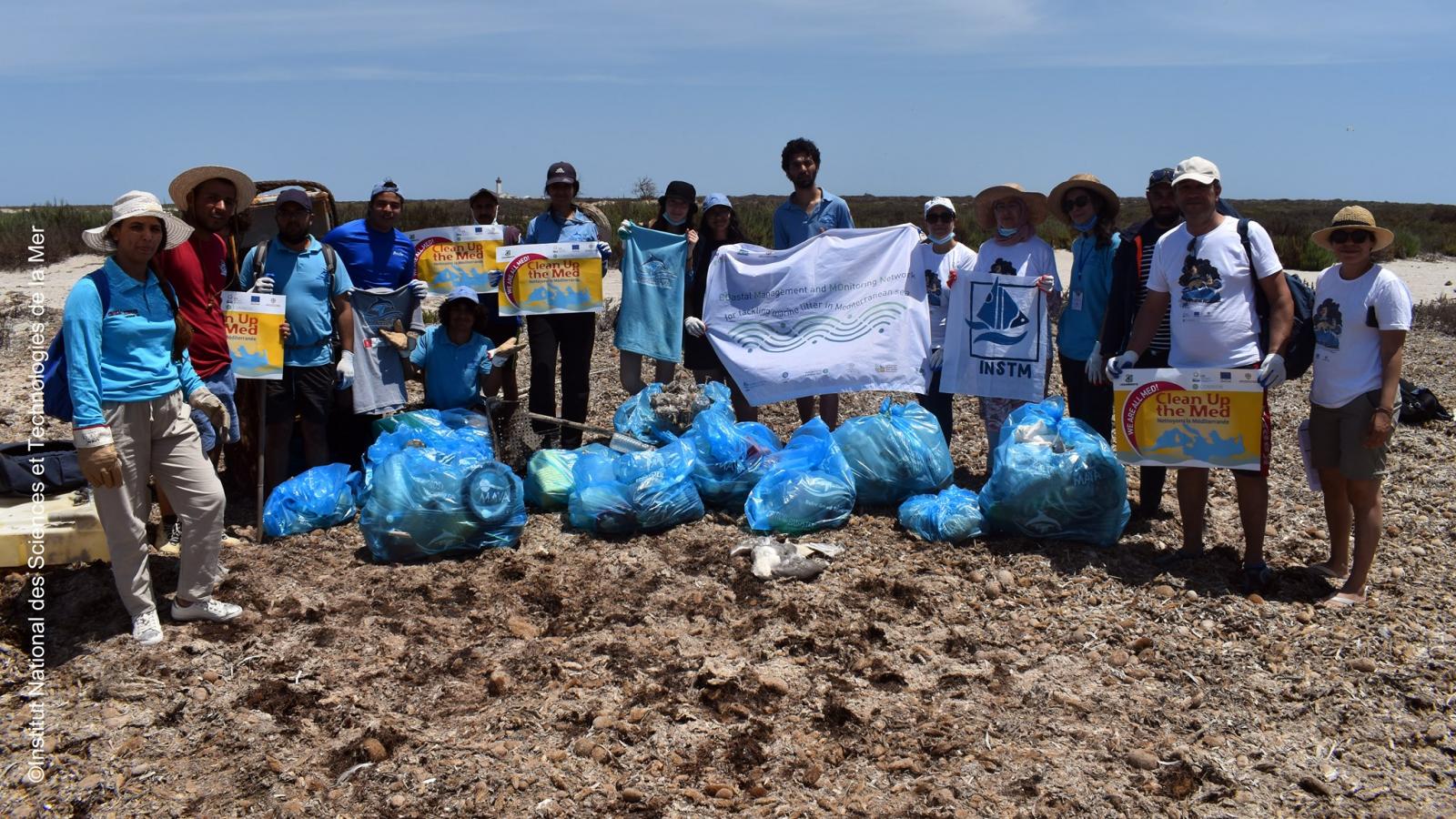 They cover two thirds of our planet, produce more than half of the oxygen we breathe, and our survival depends on their state of health. Yet, the oceans and the precious ecosystem they guard are in danger: if the current pollution trends are not changed, in 2050 the weight of the plastic present in our waters will exceed that of fish. An emergency that also deeply affects our sea, the Mediterranean, which collects large quantities of plastic and returns it in part to coasts and beaches.

On the occasion of the World Oceans Day 2021, established by the UN and celebrated on June 8 each year and this year dedicated to the theme "Life and Livelihood", COMMON project returns the data collected during the 28th edition of Clean Up The Med, campaign for the reduction of marine litter, which took place on the weekends of 14 and 28 May, involving associations, universities, municipalities, public bodies, schools and citizens. One of the most important volunteer initiatives in the Mediterranean Sea, promoted by COMMON (COastal Management and MONitoring Network for tackling marine litter in Mediterranean sea), a European project financed by Eni CBC Med and coordinated by Legambiente that involves Italy, Lebanon and Tunisia with the aim to protect the Mediterranean coasts from marine litter through a sustainable management.

More than 80 organizations from 16 different countries joined the initiative: Italy, France, Spain, Algeria, Lebanon, Tunisia, Egypt, Palestine, Croatia, Cyprus, Morocco, Malta, Turkey, Libya, Greece, and Monaco. The kilometres of beach cleaned of waste show how the problem of neglect and bad disposal is common to the whole Mediterranean area: to the disposable plastics items, ubiquitous and found in large quantities on the beaten coasts, there are added fishing nets, cigarette butts, wood, and glass. There is no shortage of gloves, masks and health devices related to the COVID-19 emergency.

Overall, over 1500 volunteers, aged 8 to 70, participated in the cleaning activities carried out mainly in 34 beaches located near urban centers, and led to the collection of 630 bags of waste, about 10 tons in total. Over 90% of the waste found is made up of plastic: first of all, bottles and small bottles, followed by caps, glasses and heterogeneous fragments. Gloves, masks or waste related to the mismanagement of PPE were found in over 60% of the cleaned beaches (in Lebanon and Tunisia in greater quantities, but also present in Algeria, Croatia, Greece, Italy and Spain).

In addition to the monitoring of the Clean up the Med campaign, there are the beach litter monitoring carried out on seven "dream Mediterranean beaches”: Balearic Islands (Menorca), Crete (Skaleta), Istria (Labin), Salento (Lecce and Taranto), Cyrenaica (Apollonia) and Epirus (Parga), places sought after by tourists who, however, hide a substantial amount of waste, as many as 335 per 100 linear meters, of which 87% consists of plastic. In the top five of the most found waste cotton buds, caps, fishing nets, plastic bottles and cigarette butts.

"The data collected in the latest edition of Clean up The Med tell us once again of an ecosystem suffering and suffocated by plastic, from Italy to Algeria, from Spain to Palestine. There is an absolute urgency to adopt policies common to all the coasts of the Mediterranean in the management of waste, both in its production and in its disposal ", comments Giorgio Zampetti, Director of Legambiente NGO. “At the European level, the SUP directive, to reduce disposable plastic, and at the Italian national level, the legislative decree for its implementation represent an important goal. We hope that the latter will materialize within the deadline set for 3 July without providing for extensions, and adopting some improvements, especially regarding the derogation from compostable plastics. But to implement a real revolution against marine litter, it will be necessary to extend the disposable ban to all countries bordering the Mediterranean, together with stricter regulations also on the other more common waste found on beaches ".

The COMMON project's commitment to protect the marine ecosystem and reduce marine litter will continue throughout the summer with the second edition of the BEach CLEAN campaign, an initiative aimed at promoting sustainable and inclusive bathing establishments, places that in view of the summer season can encourage respect for the environment and guarantee tourists and visitors the opportunity to experience the beach in a responsible way.
The participating structures, in addition to the posting of an informative handbook on the correct disposal of waste, are called to participate in a survey aimed at knowing and analyzing the health conditions of the beaches under their responsibility. From the survey carried out last year in the hundred structures involved - belonging to the three partner countries of the COMMON project: Italy, Lebanon and Tunisia - also in this case it emerges that the material most present on the analyzed beaches is plastic, which constitutes 81% of the waste found on Tunisian beaches, 56% of that of Lebanese beaches and 80% of the waste observed in Italian beaches. Furthermore, the bathing operators involved, identify the mismanagement of urban waste as one of the main causes of the problem, followed by the lack of information for tourists, who do not know how to properly dispose of waste. The Italians add the neglect of citizens to the causes, while the Lebanese complain about the absence of laws, regulations and surveillance of polluters.

“We must not forget that we too can contribute to reducing the consumption of disposable plastic with our daily behaviors, and that the protection of our seas is also in our hands. Suffice it to say that during the summer season, the places that experience a remarkably high tourist influx see an increase in the percentage of beached waste by over 40%”, concludes Zampetti. "With the campaigns promoted by the COMMON project we are strengthening local awareness actions of value, aimed at informing citizens and improving our relationship with the marine ecosystem".