BESTMEDGRAPE: As long as a waste product has value, it should not be thrown away but transformed 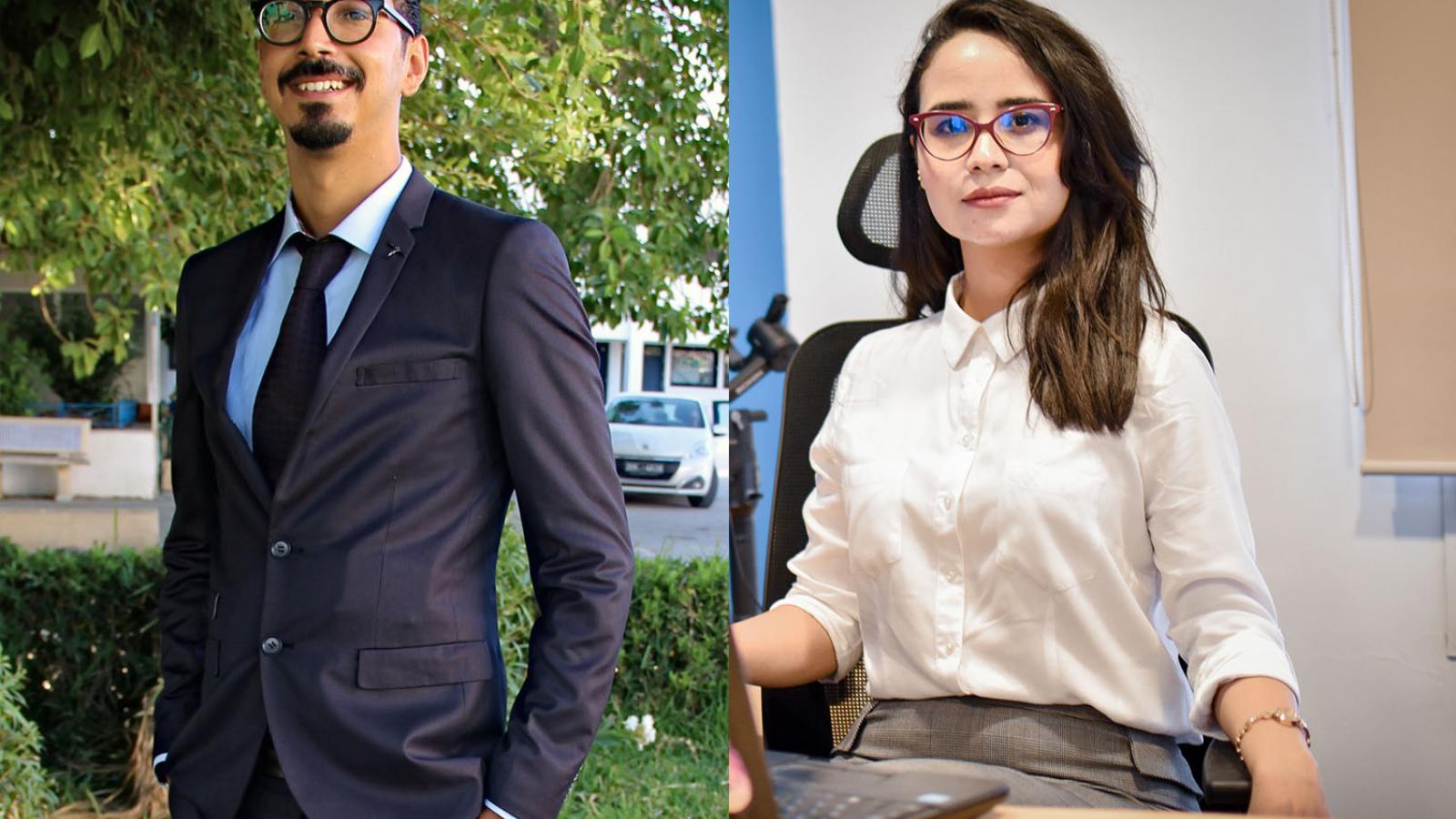 Based on a horizon of a fruitful potential partnership, we introduce two of our ambitious talents from Tunisia: Azza Salah & Jaafar Chemli.

Azza Salah, is a holder of a professional master's degree in Biology specialized in Pollution and Environmental Management from the Faculty of Sciences of Bizerte, as well as a Bachelor's degree in Biotechnology and is specialized in Management of Quality Systems for the wine industry. Currently, she is a project coordinator in the consulting firm ICP Environmental Consulting Tunisia, which is part of ICP Ingenieur gesellschaft mbH in Germany. As a versatile talent, Azza contributed in the Hazard Analysis Critical Control Point (HACCP) and Prerequisite Program (PRPs) of the standard of food safety ISO 22000:2015 for the line of white wine making within the winery CEPTUNES in Grombalia Nabeul. To continue emphasizing on Azza’s profile, she is the co-founder of the startup MonDocteur Tunisia since July 2017 which is a solution that consists in ensuring the management in its broadest sense, of patients' medical records with a tool for efficient processing of information and adapted to various medical specialties, integrating financial management and a complete agenda with appointment manager and integrated advanced secretarial function.

Jaafar Chemli, an ambitious pharmacist who went through the pharmacy counter and got involved in the actual selling, seeking business experiences.

After interviewing our talents, we strongly believe that their differences in profiles, goals and expectations creates a perfect match to give a birth to a very fruitful partnership.

Indeed, Jaafar was in a phase where the routine of a regular job did not provide him with the optimal satisfaction and the target state of mind, while the desire to launch his own project was already present. When the organizers of the project had contacted one of the governmental administrations in view of a cooperation, it happens that one of his friends attended the meeting and thought of him.  Due to his technical background, Jaafar lacked the ABCs of the commercial side of project management which drove him to join the project with the goal that this training would give him the necessary qualifications to undertake and start a project. The program was for him a pure tool towards the concretization of the TRIPS agreements and a transfer of technologies between the Northern and Southern shores of the Mediterranean. “The Business Creation course, which is in its final phase, has been really useful” Jaafar affirmed. “By communicating with professionals in the world of marketing and finance, they thought I was one of them, which can only be a good sign.”

Different from Jaafar, Azza decided to apply to this program in order to valorize the grape waste, involve in a Mediterranean project and share learning among entrepreneurs. She is expecting to dive into the process of technology transfer and business creation and to learn the know-how of the transformation and valorization of grape waste and wine culture. Azza is very avid to have other perspectives in the field of waste management knowing that she is a specialist in this field and she aims to deepen her knowledge thanks to the experts and trainers of BESTMEDGRAPE. Last but not the least, she is going forward to refreshing her entrepreneurial spirit by learning other marketing, distribution and communication tools.

The keys of success…

These two ambitious talents with visions, presents today the best examples for youth to follow up their dreams and shows that the real success keys are not far away from you if you cope with real life scenarios.

Jaafar believes that nowadays, by the last IPCC report, the price of a society is based on consumption. During his studies years, in France, while frequenting the radical left-wing circles, he went through the recovery of unsold goods in the markets to transform them into soup that was distributed to the homeless, and until today he is still outraged by the quantities of food that ends up in the dumpsters, the quantities of products that we throw away and that have value and that we do not exploit.

However, Azza’s dream started in 2018 during a session of the "wine making waste recovery" subject in college. Her idea is to produce sustainable mushrooms grown on grape pomace. Nevertheless, her vision is to preserve natural resources and protect public health through the production of a sustainable, healthy and delicious food.

Azza and Jaafar marked our interviews and processes by their ideas highly linked to improve the current situation while matching their entrepreneurial goals. The deep and strong belief in the importance of the Mediterranean as a dynamic market united Azza and Jaafar. ‘I already belong to the southern coast of the Mediterranean, and it is strange to me that the question is formulated like this. For the moment, I am open to the idea’, Jaafar affirmed. While Azza said: ‘I believe that entrepreneurship on a Mediterranean scale has a bright future. That's why one of the objectives of my business model is to establish a cross-border company for the export of sustainable mushrooms that includes partners from the South Mediterranean.’

A direct vision that the union between the Mediterranean countries becomes an advantage of sharing learning, opening to a wider market and management and valorization of waste in the whole Mediterranean and that product will be marketed in West African countries which is a consumer market for poultry and in parallel where the production of feed for poultry farming is scarce and requires large quantities of imports.

Both talents believe that the opening to international markets remains a necessity for the majority of projects and regardless of the sector. Specifically, for the field of management and recovery of waste from the wine industry and that the valorization of grape derivatives could be a strong selling point abroad.

With pride and with honor, we close this article by this fruitful vision of two of our most brilliant and committed talents. The project is based on the idea that as long as a waste product has value, it should not be thrown away but transformed. While initially the project was to use directly the grape pomace as a substrate for the breeding of larvae, their reasoning was to exploit the pomace to the maximum and to amplify the chain of valorization. They decided to merge their two projects; the pomace will be used as a substrate for the cultivation of mushrooms and the residual biomass will be used as a substrate for the rearing of soldier fly larvae in order to be transformed into feed products for fish and poultry farms.

Inspiring and empowering, we are now expecting a sustainable project to be led by these great talents.