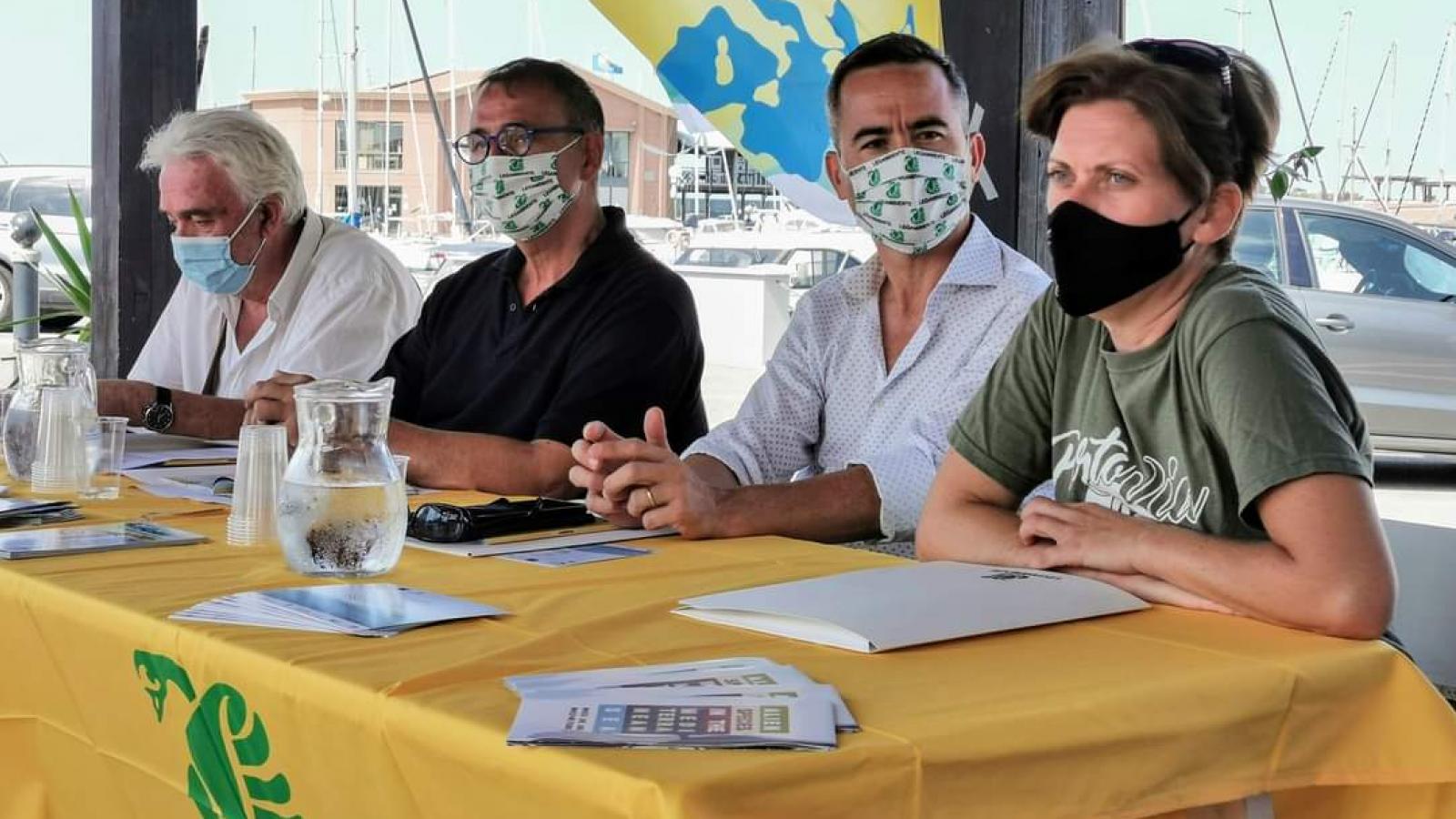 The COMMON project lands at Festambiente, a famous Italian sustainability festival promoted by Legambiente, which returns this year to the town of Rispescia (Grosseto) from 18 to 22 August. The objective of the COMMON project, to reduce the impact of marine litter on the coast and at sea thanks to greater collaboration between local administrations, associations, and economic operators, has been shared in recent months by the Municipality of Grosseto and its councillorship in a series of meetings with municipal administrations and territorial economic categories. Among the latter, the fishermen represent real sentinels for their active role both for the waste they recover in their nets and for the important interventions to protect the injured species, that very often ingested plastic or being imprisoned by it.

The importance of integrated management and how to increase this territorial collaboration was discussed on Thursday 19 August in the workshop "Towards an integrated management of the coast. From the COMMON project to good territorial practices against marine litter and sustainable fishing”. The meeting saw the participation of Stefano Ciafani, president of Legambiente, Angelo Gentili, president of Festambiente, Simona Petrucci, councilor for the environment of the Municipality of Grosseto, Massimo Guerrieri of the San Leopoldo cooperative, and Paolo Bertini, responsible for the Members and External Relations Sector of Unicoop Tirreno.

An opportunity to stimulate awareness of integrated strategies and to deepen the initiatives adopted so far. As the framework of the workshop, a double dissemination and awareness raising event promoted by Legambiente as part of the COMMON project. A paddling carried out in collaboration with the Terramare UIPS association along a stretch of the Grosseto coast to discover its marine and coastal heritage to understand how much the marine litter today represents a threat to these ecosystems. At the end of the paddling, the participants were welcomed at the pier by the fishermen of the San Leopoldo cooperative who illustrated the techniques for sustainable fishing and set up a small explanatory exhibition of traditional fishing tools.

"The 80% of the litter stranded and monitored on our beaches - said Stefano Ciafani, president of Legambiente - is made of plastic. To combat marine litter, it is necessary to act as soon as possible and in synergy through greater networking actions, information, and awareness campaigns, increasingly promoting the circular economy, working to reduce plastic pollution, and implementing ad hoc policies to starting from a unitary policy. There is no more time to waste. The COMMON project has strengthened the link with the southern Mediterranean countries and is creating a very important network. A model that should also be supported by common policies in terms of sustainable production and consumption. The different regulations between the Mediterranean countries represent an obstacle to environmental sustainability. The extension of European policies and guidelines to the entire basin can represent a great development opportunity with significant environmental, social and economic impacts. "

"The municipal administration of Grosseto - comments the Councilor for the Environment of the Municipality of Grosseto Simona Petrucci - has always been attentive to problems related to waste. Numerous initiatives have been activated in recent years to raise awareness among the younger generations, citizens, tour operators and tourists: many projects carried out in schools, separate collection and recycling, the promotion of many initiatives shared directly with citizens, tourist, and economic categories of the territory. The latest "Summer Clean" project involved bathing operators with a party that is accompanying our summer through many events dedicated to the protection of the Grosseto seafront; this is fully part of the broader COMMON project (COastal Management and Monitoring Network for tackling marine litter in Mediterranean sea), a Euro-Mediterranean project funded under the ENI CBC Med Programme, a mature path undertaken by our administration that has allowed us to acquire new knowledge and skills to put re at the service of sea and tourism operators and at the same time from this mutual comparison, we have acquired a whole series of inputs that have allowed us to develop even more incisive strategies not only at the territorial level, but thanks to the sharing of common strategies , at the Mediterranean level. "