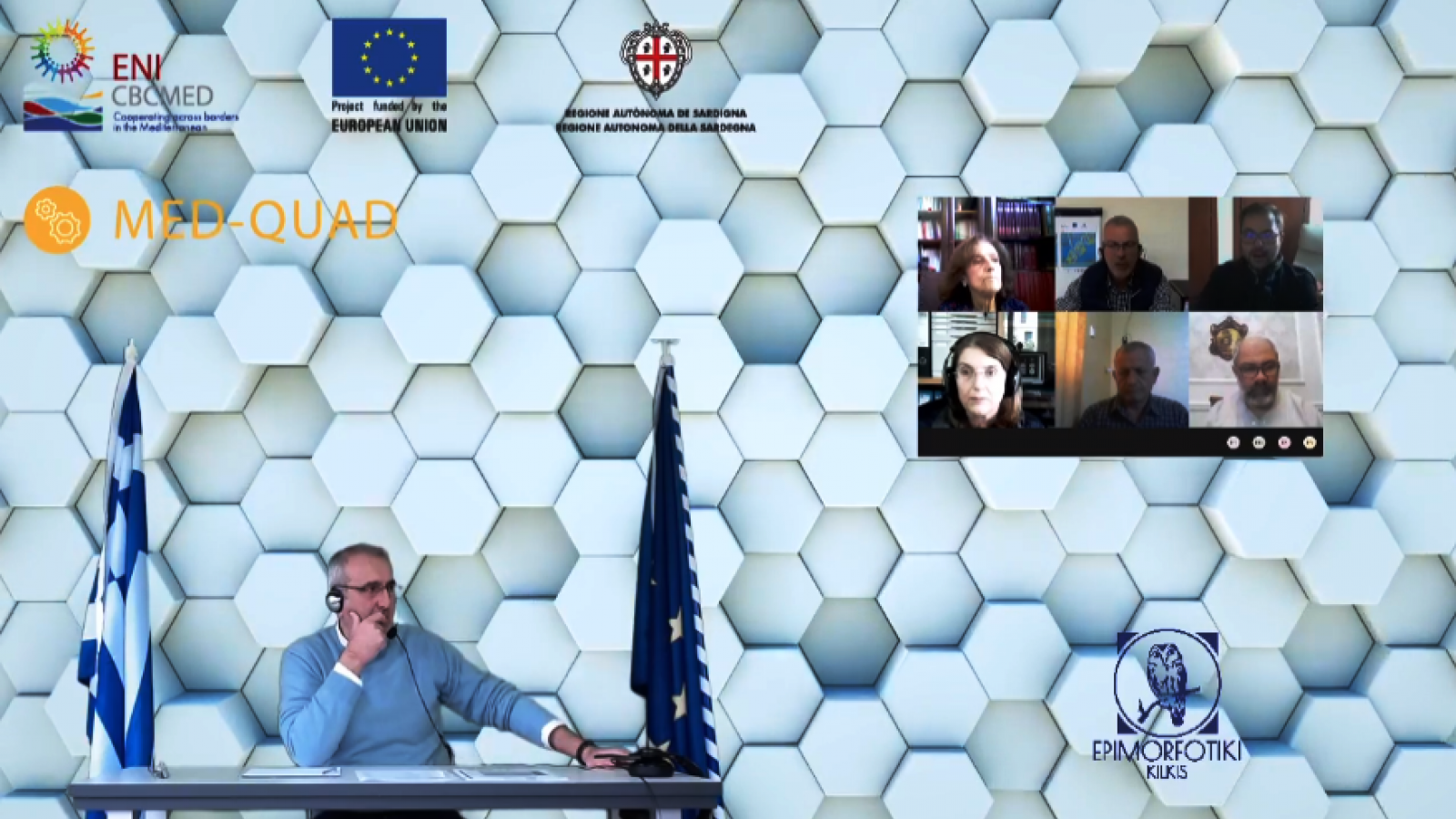 The first Press Conference for the kick-off meeting of the Strategic Project "MEDiterranean QUadruple helix Approach to Digitalization" (MED-QUAD), implemented within the ENI CBC MED PROGRAM, was successfully held. The Press Conference was organised by Epimorfotiki Kilkis sm lllc (Project Coordinator, Greece). It was implemented in Kilkis, on November 3rd, 2020, with a live internet broadcast, as part of the remote kick-off meeting of the partners. The Press Conference's purpose was to announce the project's start to the general public and inform about the individual objectives, planned activities, and expected results.

The cornerstone of the program is the cooperation between the key players promoting innovation, which are the HEIs / Research, the State / Government, Business and Society, with the ultimate goal of creating conditions for more effective interaction, for the benefit of local societies.
The event was open, with internet access at https://fb.me/e/1JRkdcpjy for media representatives, universities, local agencies, businesses and the general public.
At the end of the event, key questions were asked such as, e.g. for the viability of the project, for the care that will be taken, to face any difficulties about its implementation, the measures for the promotion and dissemination of the results of the project to the general public and especially to the youth, etc.

The project is 90% funded by the European Union (EU) and has a budget of 3.3 million euros.

الفعاليات
الإبتكار
المشاريع
Back to project