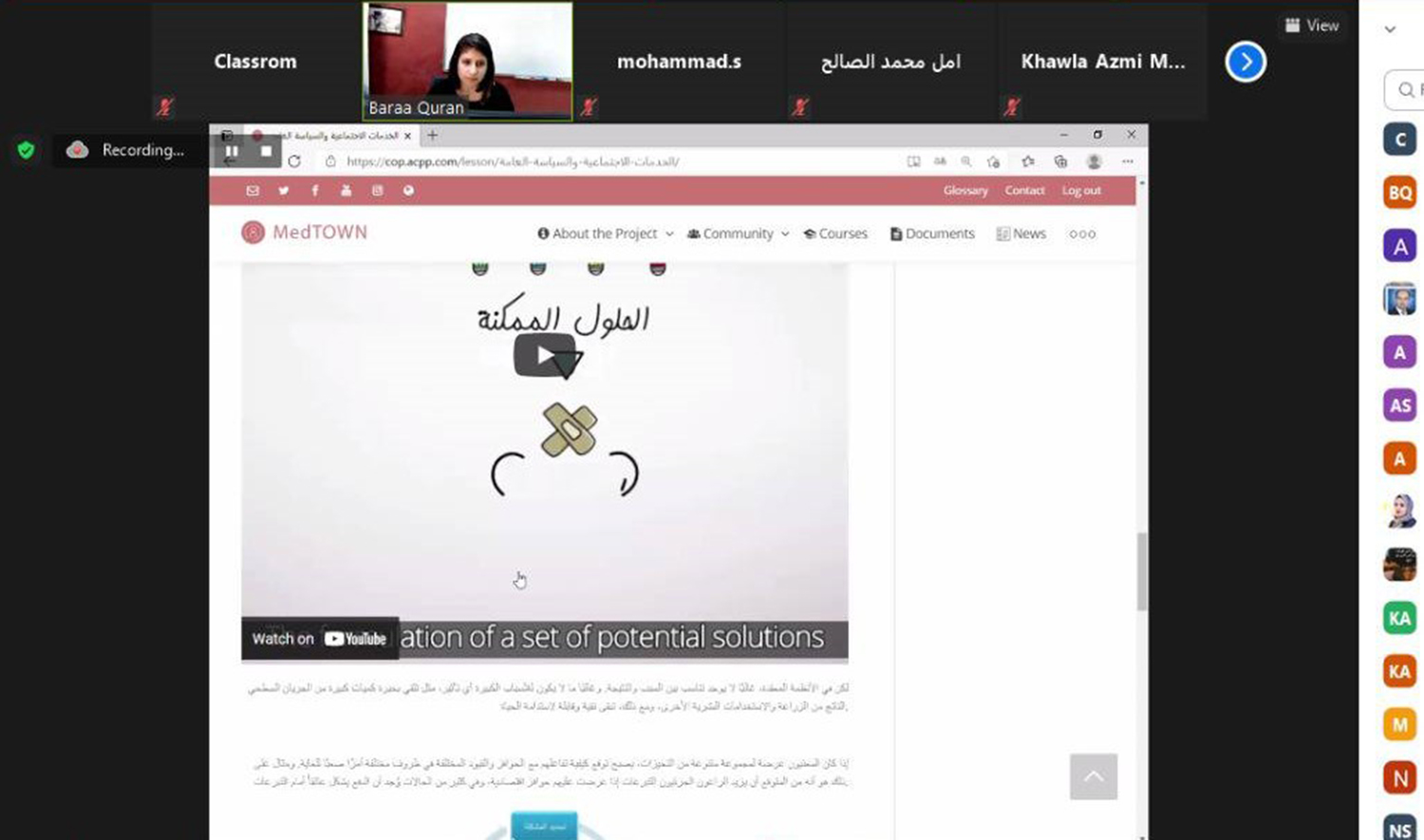 Goal of the workshop:

To strengthen the role of combating poverty, inequality and social exclusion in Jordan, within the MedTOWN project, JOHUD, the Jordanian Hashemite Fund for Human Development, with the assistance of Sarh international Company, have held an intensive & online National Workshop entitled "Participation in the production of social policies with actors in the social economy and solidarity to combat poverty, inequality and social exclusion"

The main role of JOHUD within MedTOWN project is to promote the social and economic integration of women, refugees and people with disabilities (PWDs) through the creation of new jobs under social solidarity economy organisations in Jordan.

Based on the conviction that disability should not be a hindrance to achieving success, this workshop is the first step torwards a free training for 100 candidates from Alkoora and Almazar districts to establish their own social business start-ups, that will take place in JOHUD´s Social Business Incubator, located in Irbid and hosted in the premises of the Ministry of Social Development. In addition, twenty social business initiatives will receive further mentoring fundraising and networking with local markets.