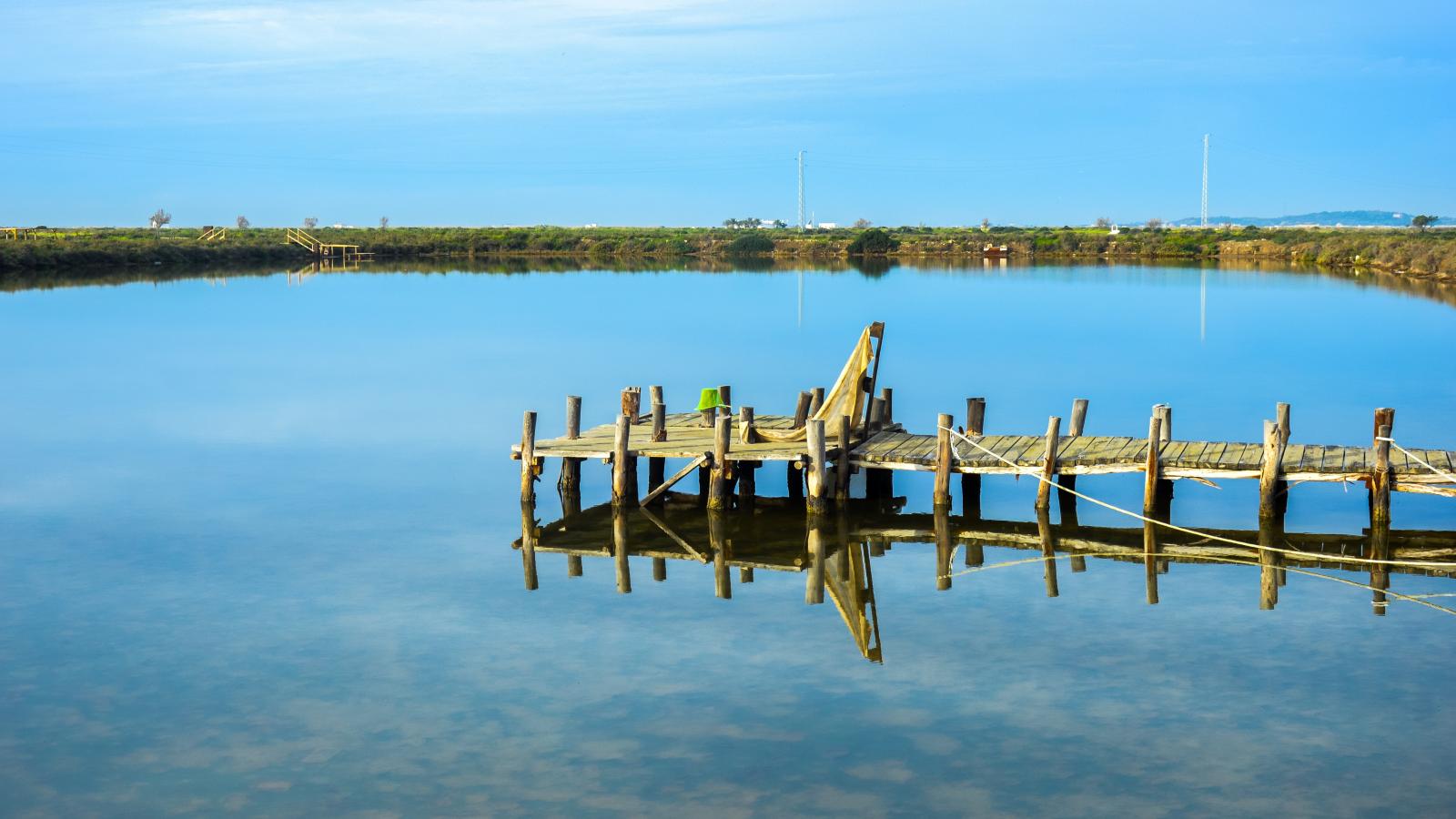 Salinas as other coastal wetlands have the ability to sequester organic carbon in their biomass and in the sediment. They are known as coastal blue carbon ecosystems. Blue carbon ecosystems remove CO2 from the atmosphere by storing carbon in their living biomass through photosynthesis. A part of biomass is incorporated into the sediment as detritus, where is decomposed slowly under anaerobic conditions.

The global interest in blue carbon is based in its potential to remove CO2 and mitigate climate change. Natural salt marshes are the second largest blue carbon sink among coastal ecosystems in the world, they store a 60 % more than terrestrial forest. In transformed Salinas by man to produce salt or fish, the natural processes are altered to be adapted to productive requirements, which depend on the final product. In case of Salinas, water is stored in shallow ponds to force progressive salt concentration by evaporation. This process creates a gradient of hypersaline ponds, from seawater pond (salinity of 35 ؉) to crystallizer (up to 300؉ of salinity). The alterations of the soil for the extraction of salt can expose the organic carbon from the sediment to oxidation, increasing the emission of CO2 or other greenhouse gases. Therefore, do the Salinas act as a source or sink of carbon?

This question is critical to understand their impact (positive or negative) on coastal carbon sequestration capacity. To date, it is unknown how the different components of a Salina (e.g. salinity, temperature, vegetation, oxygen) influence on the sequestration of blue carbon, and its storage.

Therefore, artisanal and active Salinas represent a large pool of this natural carbon that is sequestrated and stored over thousands of years in these environments.

On the other hand, the conversion from natural saltmarsh to salt extraction could affect to carbon sequestration short time. Currently, researchers indicate that although seawater storage pond in an active saline usually acts as CO2 sink, evaporator and crystallizer, it could act punctually as CO2 source, depending on seasonal photosynthetic activity and marsh plants inhabit in the sediment.

Faced with this scenario, the question of whether a Salina acts as a source or sink of carbon does not have a single answer. Although the CO2 balance seems to be positive in an active artisanal Salina, favouring carbon sequestration and mitigation of global warming, more research is needed to fully understand how the alteration of natural regimes and the removal of sediments caused by salt extraction processes modify carbon balances in artificially managed salt marshes.

This article was written by Sara Haro (University of Cadiz, Department of Biology) for MedArtsSal project on the occasion of the International Day against Climate Change, 24th October