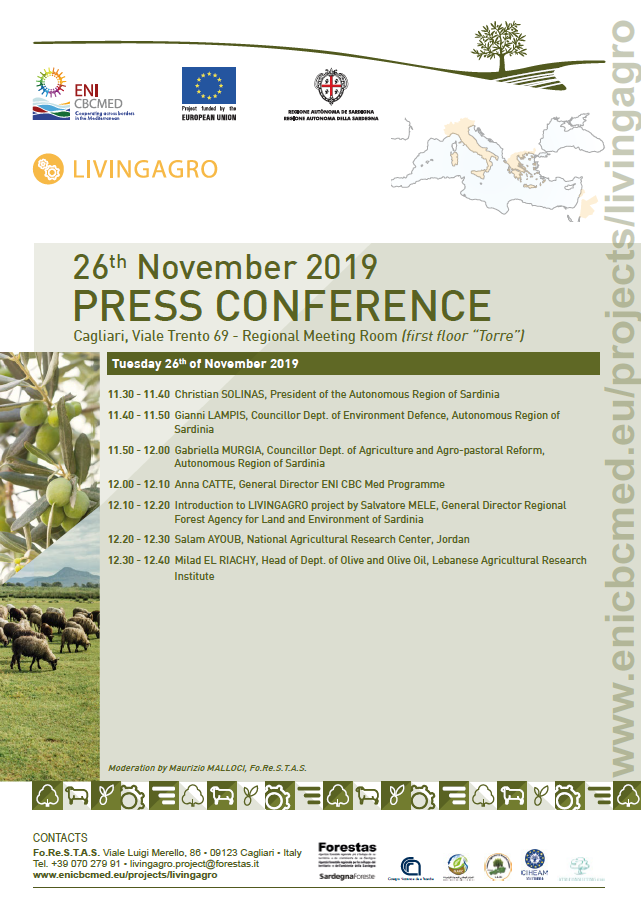 On next November 26th from 11.30 a.m. LIVINGAGRO project will be launched with the official Press Conference taking place in Cagliari, Viale Trento 69 - Regional Meeting Room (first floor “Torre”). The Conference will be part of the broader project partners kick-off meeting and will see the participation of the President of the Autonomous Region of Sardinia, of the two regional Councilors for Environment and Agriculture, of the ENI CBC Med Programme General Director, of the FORESTAS (LIVINGAGRO Leading Partner) General Director and of two project partners representatives from the southern Mediterranean countries.

Have a look at the attached Press Conference agenda and don't miss this interesting event, we wait for you !