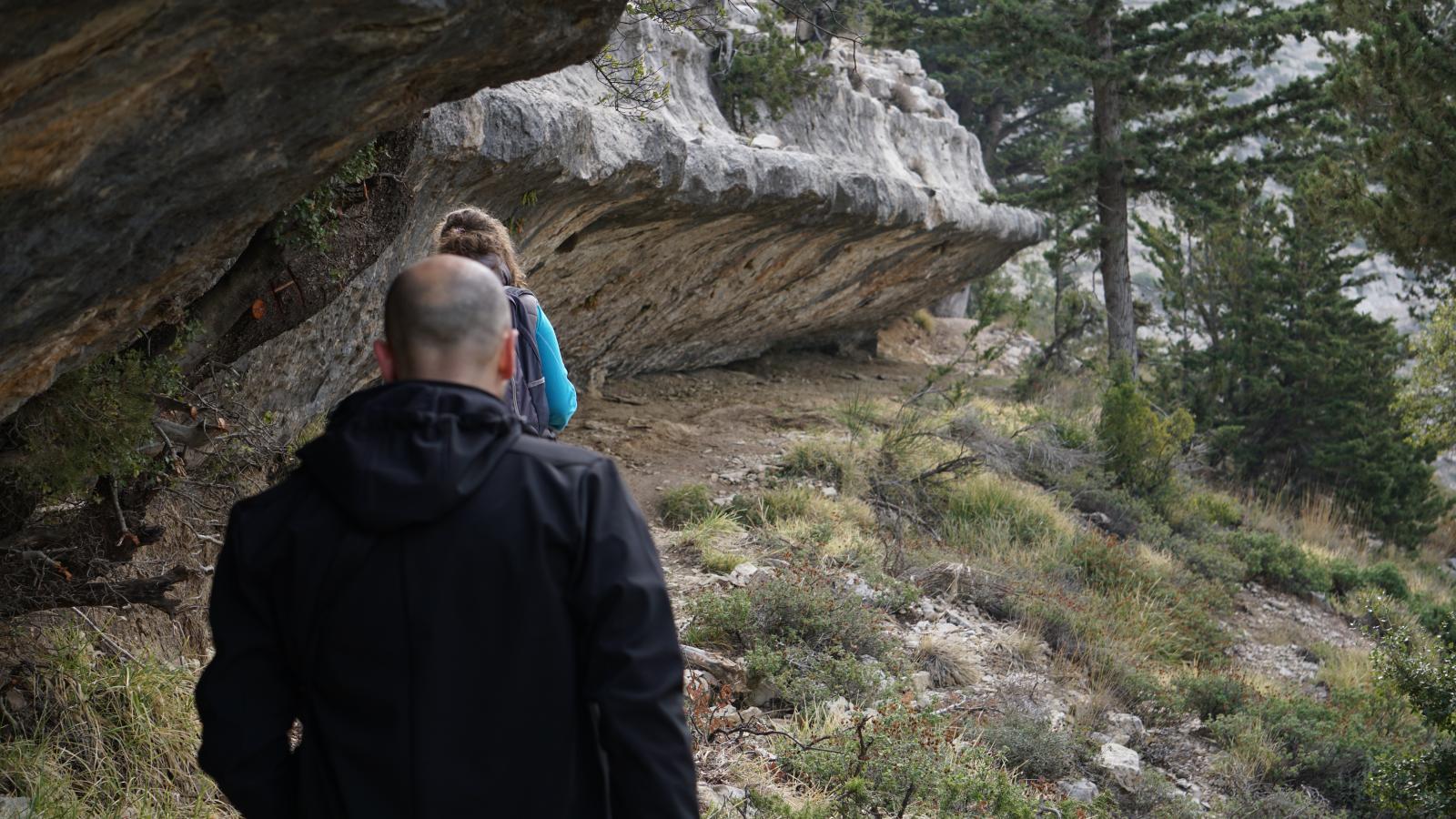 When it comes to seeking adventure in the Mediterranean, enthusiasts always recommend paying a visit to Lebanon for its charm and unique appeal. The country is full of wonder, as not only does it have outstanding geological features primed for seasonal tourism, it also houses locations mentioned in legends and epics, such as Mount Hermon featured in the Sumerian Tablets, and the temple of Jupiter in Baalbek, which continues to puzzle historians and scientists alike, with some of its megalithic features. Bearing these characteristics in mind, it is common knowledge that Lebanon has its fair share of hidden and unexplored gems, which are more than capable of captivating the minds and imaginations of those who feel at home amidst nature and beauty. One of these gems is the Blue Cliff in Ehden, a new trail that leads you to the blue rocks of the mountain. The name “Blue Cliff” was inspired by the fact that the location has a unique ambient effect, generated by the chromatic resonance between its rare and massive water-storing blue rocks, and the deep and clear blue sky above Ehden, which wholly envelops the mountain from that vantage point. Looking down, the view is amazing, as one can see all of Ehden’s most iconic locations, including its most beguiling natural landmark, Annoubin valley.

Ehden is a town brimming with countless stupefying natural landmarks and ageless cultural buildings and locations, postulated to be named after the Biblical Garden of Eden in a formal booklet deposited by Patriarch Douaihy in the Vatican library. While Ehden is well known as a national and global hub for camping, hiking, and adventure, some of its unique parts remain unexplored. Going through Mount Sen, named after Baal son of El, which forms something similar to mountainous triquetra with Mt. Anat Al-Batoul and Mt. Cornwall, across a hidden trail that is hard to notice and easy to miss, lies a secret natural landmark that the most devoted explorers in Ehden refer to as the “Blue Cliff”.

Mount Sen itself is more than likely full of ancient and hidden artifacts, considering that the Romans commonly used one of its passages as a trading route. Furthermore, according to the oldest available records of Ehden, Mont Sen was said to have housed a massive bronze statue dedicated to an ancient Lebanese deity set there by the Aramaean king Hadadezer. The statue was said to have been pierced in a way that makes it emanate a shrilling whistling sound when struck by the powerful winds passing through the mountain. Records state that the sound was so overwhelmingly loud that it made all the locals kneel. However, the statue was lost when the Assyrians invaded Ehden by order of King Sennacherib in 700 BCE, leaving nothing but chaos and destruction in their path. Between its natural splendor and the sense of mystery brought about by its historical heritage, Blue Cliff has been marked as great place for both hiking and camping, and it is a classically Lebanese location to visit for seekers of adventure and exploration, or for those wishing to reconnect with nature by breaking away from hectic city lifestyles.