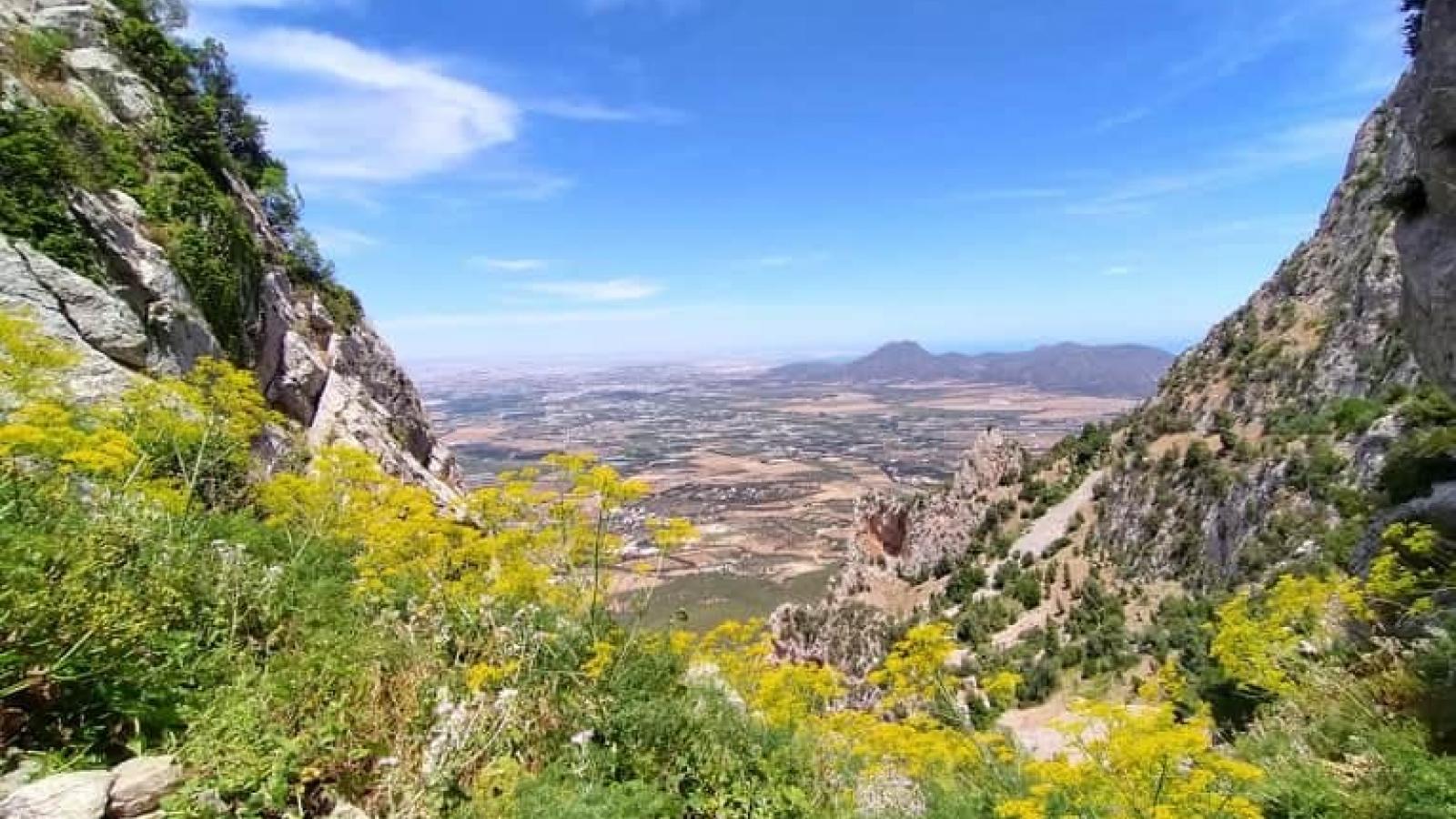 This article forms part of a series of publications under MEDUSA project to promote less-known natural and cultural touristic assets in our partner territories Jordan, Lebanon, Tunisia, Puglia (Italy) and Catalonia (Spain). Enjoy reading and hope to welcome you soon at one of the wonderful places you will get to know here

Djebel Ressas is a high and rugged outcropping of Jurassic limestone situated on the horizon southeast of Tunis. Competing in the foreground, the familiar profile of Djebel Boukournine may appear taller, but at 750 meters Ressas is the dominant peak. Along the highway between Tunis and Hammamet there are excellent views of the mountain as you look south from near the tollbooths, just past the exit to Mornag.

The geologic origins of Djebel Ressas and the neighboring peaks date to earlier than 100 million years ago. That’s around when the very largest of all carnivorous dinosaurs, Spinosaurus aegyptiacus (the massive menace in Jurassic Park III) was hunting in what is currently the Sahara desert in southern Tunisia.  At that time, this region was a vast and swampy tropical paradise abundant with life.

Meanwhile, just to the north, the smallest of prehistoric animals, known as radiolarians, dwelt in a primordial sea that was the grand-dad of today’s Mediterranean. Covering much of what we now call the Maghreb of northern Africa, jillions of these ‘shelled’ microorganisms inhabited that exotic marine environment , depositing their crusty nano-carcasses on the bottom when they died. Countless layers of their organic remains got compacted and cemented into calcified rock on the base of the ancient seafloor, ultimately forming the limestone fabric for a future mountain range..

Over eons, tectonic forces laterally compressed southern regions of this sedimentary basement, thrusting buttes and peaks upward along contorted faults and nudging the sea north to its present shoreline. Voila! The Atlas Mountains wrinkled across the upper, leading edge of Africa, with Ressas at the northeastern terminus of the range.

Today, astute hikers are able to discover interesting marine fossils and hefty, angular calcite crystals in the high crags; ornaments to remind us of the mountain’s organic genesis back in the distant era.

In Arabic, the name Djebel Ressas literally means ‘mountain of lead’, a reference to the ore that was mined there, perhaps from Roman times until the late 19th or early 20th century. The south eastern slopes of the djebel still support an active rock and gravel quarry. Materials from this site are used to produce cement and stone matter for meeting the demands of Tunisia’s rapidly expanding road systems and building infrastructure.

The geological heritage and features provides important potentialities for developing a new concept of tourism which is Geo-tourism products.

The northern side of Djebal Ressas which is located in front of the National park of Boukornin, is actually an excellent destination for doing outdoor activity, for both local and abroad tourists staying in the capital. In the bottom of the mountain, a small village “El Fendria, Foundry of Lead” where located the  Lead melting zone functioned during the French occupation; to get there, 30 to 45 minutes of driving crossing grape farms where the  and olive trees landscape of Mornag.

How to get there:

From the capital of Tunisia,30 to 45 minutes of driving

Trail to the summit :

About two kilometres of trail path between rocks, plants and trees. To get to the top, there are different ways, the easiest being going behind the lead mine area which was launched in 1886. If you are in good physical shape, 2 hours are enough to reach the summit.

Congratulations you are at 795 meters and you have finally accomplished your challenge. A very nice view from the top, mountain chain around, the north part of the capital (Sidi Bou Said, Carthage ...) and other beautiful landscapes behind you.

Lastly, be prepared to go down to the small village of “El Fendria”. The way is much smoother than the trail to the summit.