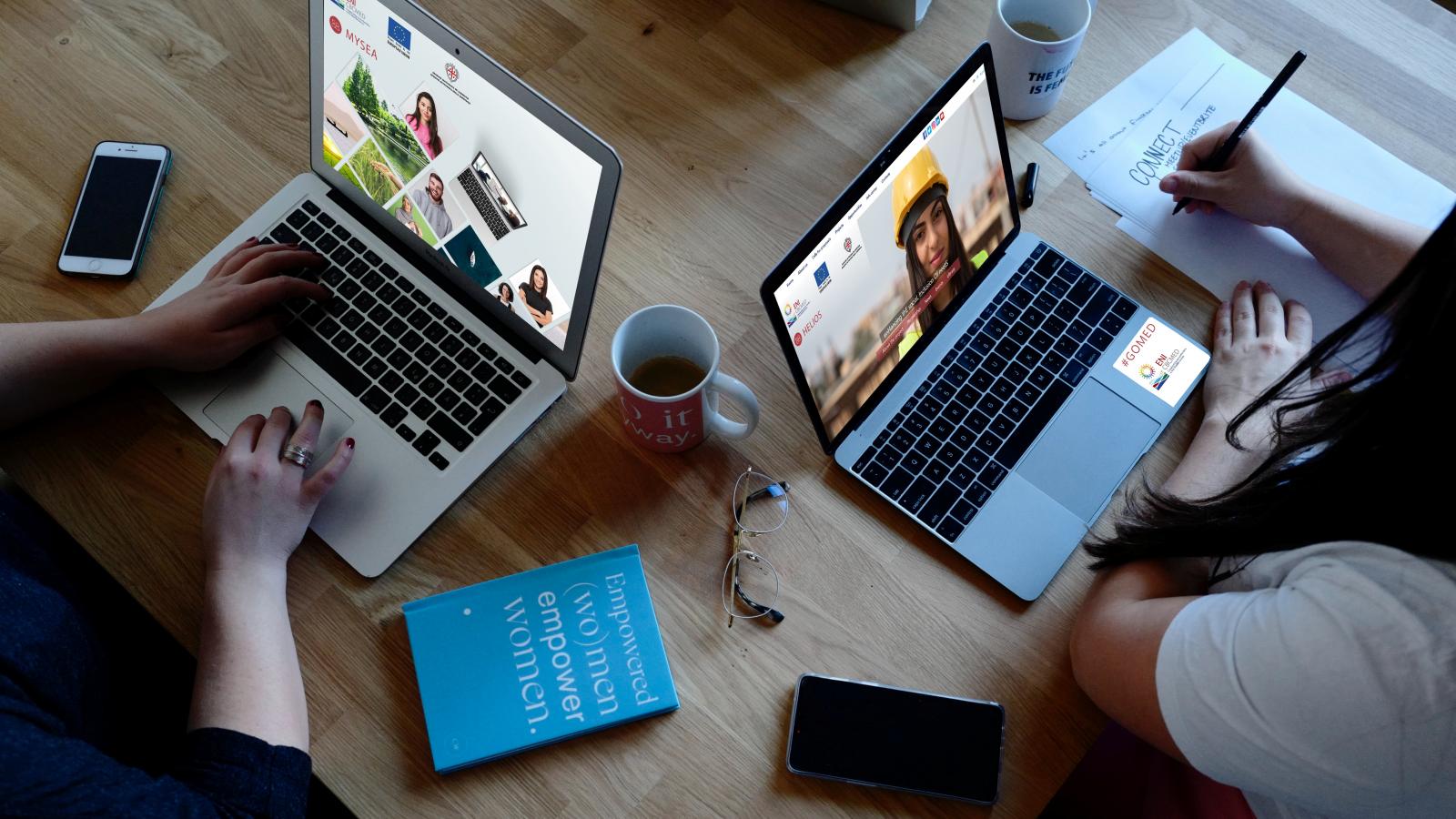 HELIOS and MYSEA have a great and common goal: to create a green future for young people in the Mediterranean Region.

Both projects follow the ambition to strengthen the social inclusion of young people in the Mediterranean area, where the unemployment is very high.

HELIOS and MYSEA accept the challenge through training activities to transfer emerging and green skills to young people who will participate in the change of the Mediterranean.

To hit this goal, is necessary to prepare young people for the opportunities linked to the new strategies lead by the Sustainable Development.

Nowadaysthe most interesting job opportunities in the Mediterranean come from the actions carried out by the European Union and by its green policies.

In fact, the Green Deal and the new 2021-2027 EU Programmes will support the implementation of innovative economics model based on Green, Circular and Blue Economy, creating many new jobs in different sectors.

Let's find out more about MYSEA and this new project synergy!

The “Mediterranean Youth, NEETs and women advancing Skills, Employment and Awareness in the Blue and Green Economy– MYSEA” is a strategic project funded by the European Union through the ENI CBC MED Programme.

Its mission? MYSEA will increase the employability of 1000 youth, women and NEETs (Not engaged in Education, Employment or Training) in the agri-food and waste management industries by developing training oriented to both sectors and strengthening local governance and sector-skills alliances between economic actors and TVET institutions to align the education curricula with sector’s needs.

What will the synergy produce?

The HELIOS-MYSEA synergy meeting held on March 5th was the direct result of the “Good Practices and first year achievements” webinar held on 16th February with all 12 ENI CBC MED projects financed within the thematic priority A.3 Promotion of social inclusion and the fight against poverty, organized with the aim of encouraging proactive collaboration between projects.

During the “Good Practices and first year achievements” webinar,a number of standard projects which have been working hard for over a year, were able to present some of their initial results for the new strategic projects.

A synergy between HELIOS and MYSEA became immediately apparent due to a series of elements in common: in particular four Mediterranean partner countries in common, the common sub-themes of A.3.1 Professionalization of young people (NEETs) and women, and the Blue and Circular Economy sectors.

In the synergy meeting, a number of project partners gave a more detailed outline of the project activities already carried out or planned. An extremely profitable discussion pursued on how activities results might be shared in order to benefit the main stakeholders: young people, women and local enterprises.

During the meeting, some of the suggested synergy activities were to exchange and co-develop methodologies used to reach and engage the most vulnerable people in the target communities, exchange stakeholder lists, share materials on the digital-learning platform so that more people have access to the materials developed, work together on information days/networks, and, more immediately, make contact with the corresponding common-country partner: Jordan, Italy, Greece and Tunisia.

It was deemed particularly useful to work on a country level between the synergy partners as the partners involved are in different regions, therefore, to help widen the impact of the projects.

And you? Are you ready to catch the new green opportunities?