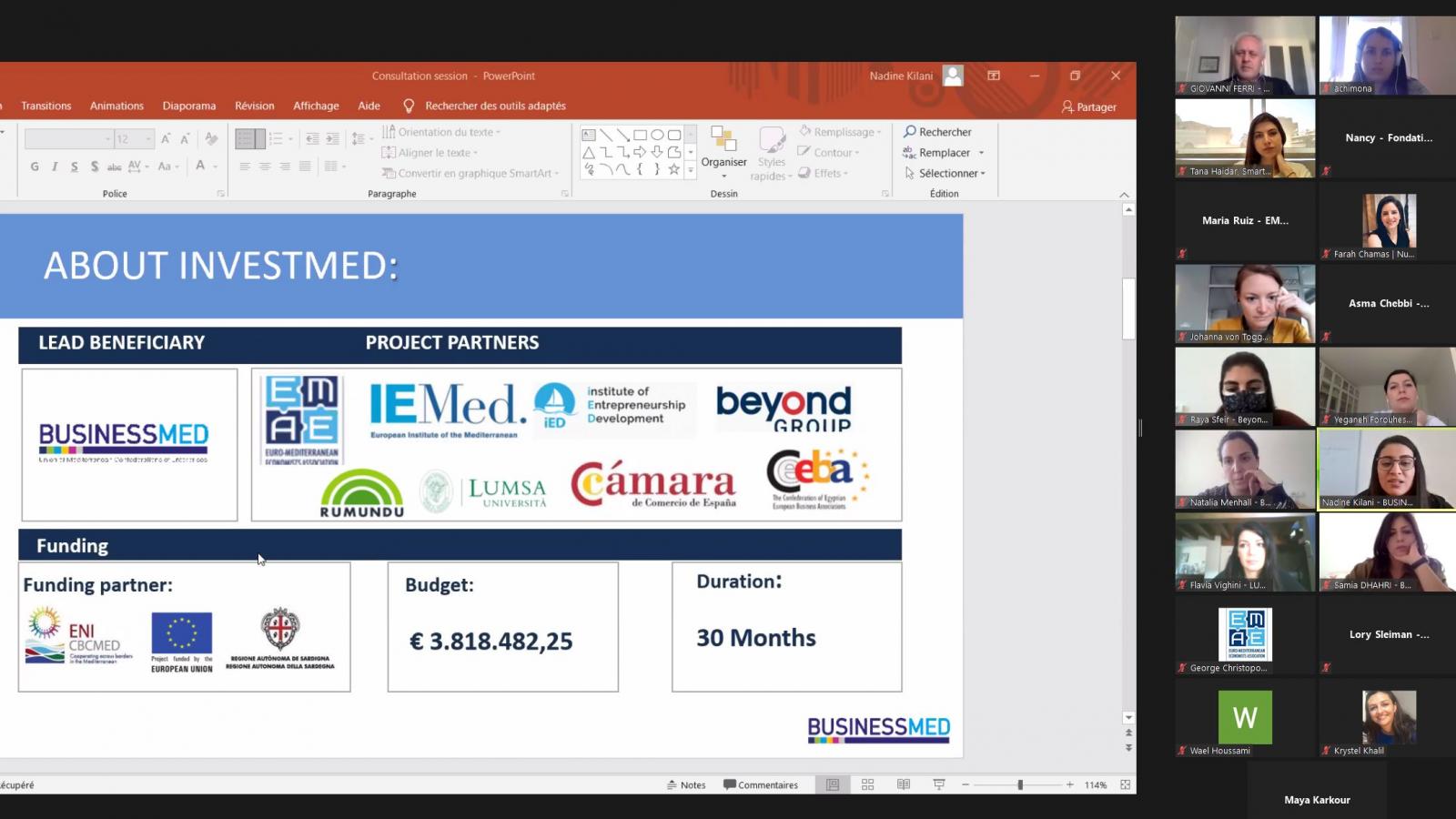 Entrepreneurs in the Mediterranean are facing serious difficulties due to the pandemic and global economic crisis, but also because of red tape and excessive bureaucracy present in the region.  INVESTMED partners conducted two consultations, inviting ten of the most active and relevant Business Support Organizations (BSOs) in Lebanon and Tunisia. Over 35 key experts in Businesses and Enterprising discussed how young entrepreneurs, especially in the Cultural and Creative Industries (CCI), and the Blue and Green economy can be supported.

For Lebanon, the consultation concluded that young entrepreneurs are struggling to survive due to the ongoing multiple economic, financial and health crisis. On the other hand, an unprecedented devaluation of the national currency has created an opportunity for exporting, as the prices of local goods are now more attractive for foreign buyers, and the demand for local products has also increased.

Another very important issue in Lebanon is that a large number of companies are not registered in the National Authorities because of the high cost of registration.  As a result, a large number of young entrepreneurs remain informal and without access to social security, public health and other benefits of legally registered companies.

In Tunisia, young entrepreneurs and especially those involved in the Blue and Green economy sectors need to enhance their business management skills such as business negotiations and decision making. The consultations highlighted that this need is even higher for young women entrepreneurs as the market is dominated by male businessmen.

The INVESTMED project is co-funded by the European Union under the ENI CBC Mediterranean Sea Basin Programme 2014-2020. INVESTMED will have an impact on MSMEs, start-ups and recently established enterprises where staff will be trained and coached to become more sustainable and competitive and financially supported via an open competition. INVESTMED has a duration of 30 months, with a total budget of 3.8 Million euro, of which 3.4 Million euro are funded by the European Union (90%).