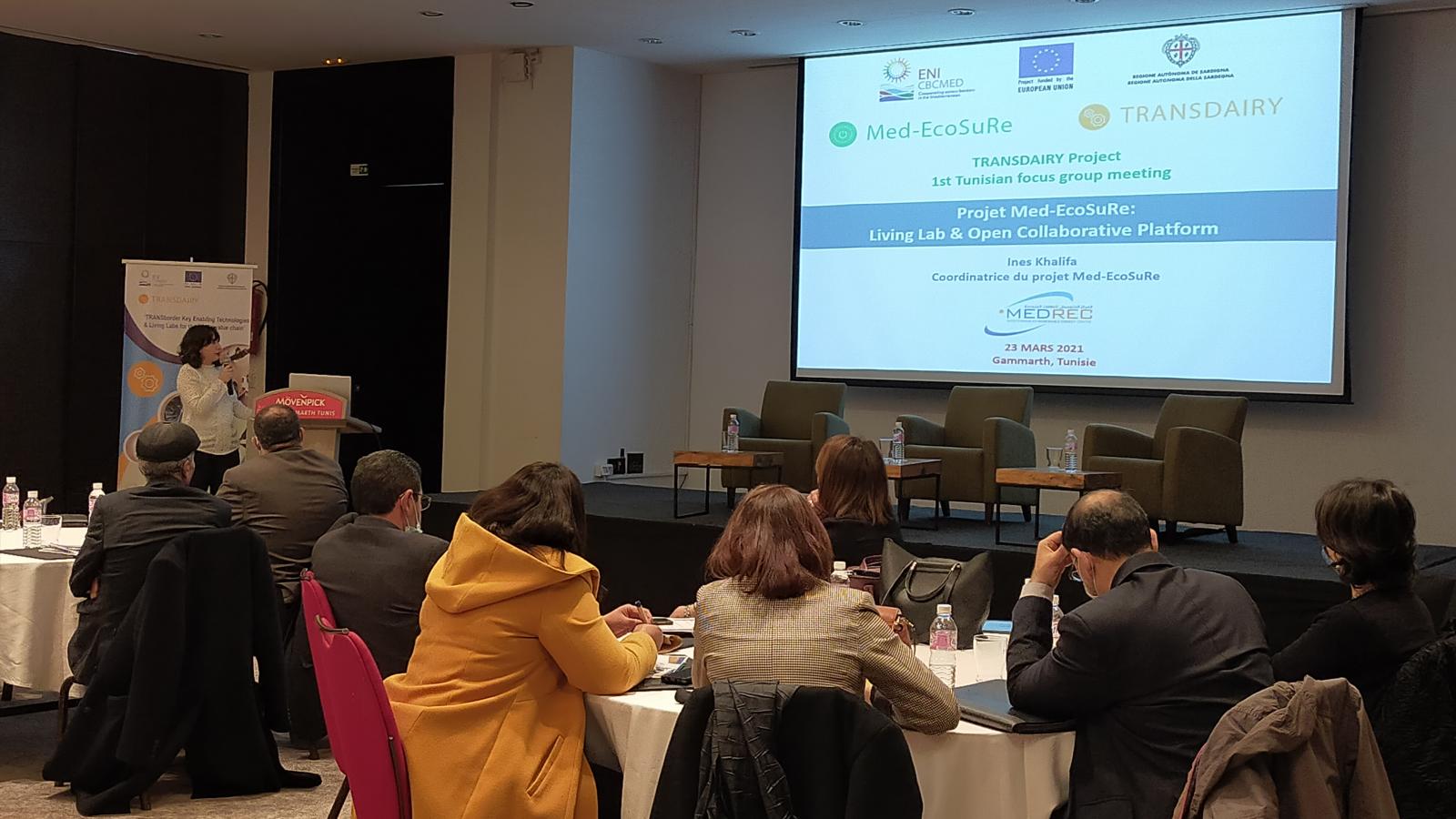 TRANSDAIRY, an ENI CBC MED strategic project, organized on March 23rd 2021 a first Tunisian focus group meeting (Agenda) in Tunis, Tunisia, having as objective the identification of the Dairy Value Chain needs, object of the project, and the sharing of good practices with past and ongoing initiatives regarding the establishment of Living labs and creation of spin-offs. In this context, Med-EcoSuRe has been invited in order to share the experience of the establishment and management of its Living Lab as well as the creation of a Cross-Border platform for the collaboration and co-creation within the Living lab community.

The meeting was attended by the chief of cabinet of the Ministry of Higher Education and Scientific Research (MESRS), Directors from the Agricultural Investment Promotion Agency (APIA), the Agency for the Promotion of Industry and Innovation (APII), the Higher School of Engineers of Medjez El Bab (ESIM), the National Agency for the Promotion of Scientific Research (ANPR) as well as national socio-economic operators.

Figure: Interventions of the Ministry of Higher Education and the Higher School of Engineers of Medjez El Bab

The intervention of Ines Khalifa, coordinator of Med-EcoSuRe, included an overall presentation of Med-EcoSuRe project, an introduction to the Living lab approach, the steps adopted for the creation and management of the levels of the Living lab, and an overview on the ICT platform developed for the transfer of knowledge and best practices on the rehabilitation of university building stock in the Mediterranean. 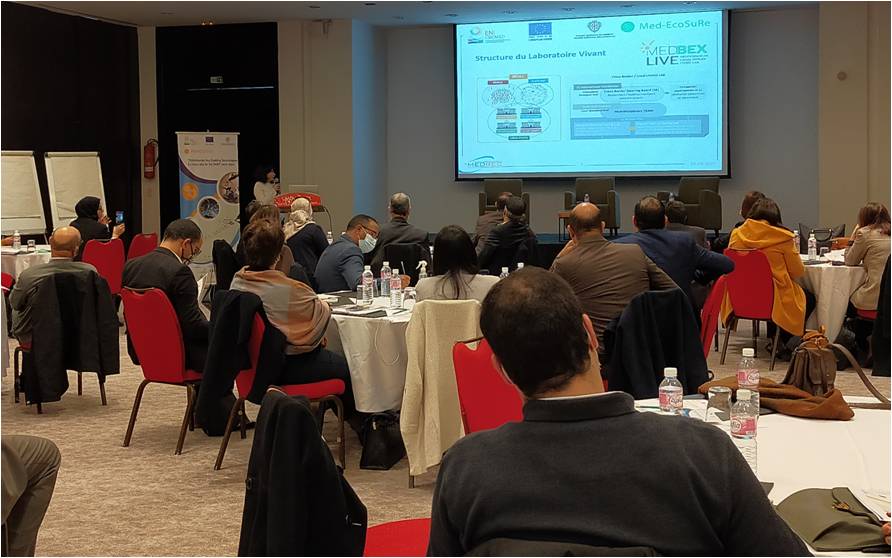 Figure: Introdcution to the Living approach of Med-EcoSuRe

These approaches, successfully demonstrated in the framework of Med-EcoSuRe will be considered during the implementation of TRANDAIRY project, enabling to enhance technology transfer in the fields of Key Enabling Technologies (KET) applied to the Dairy Value Chain.

This is a first action, among others to come in the future, of synergy to be created with TRANSDAIRY project