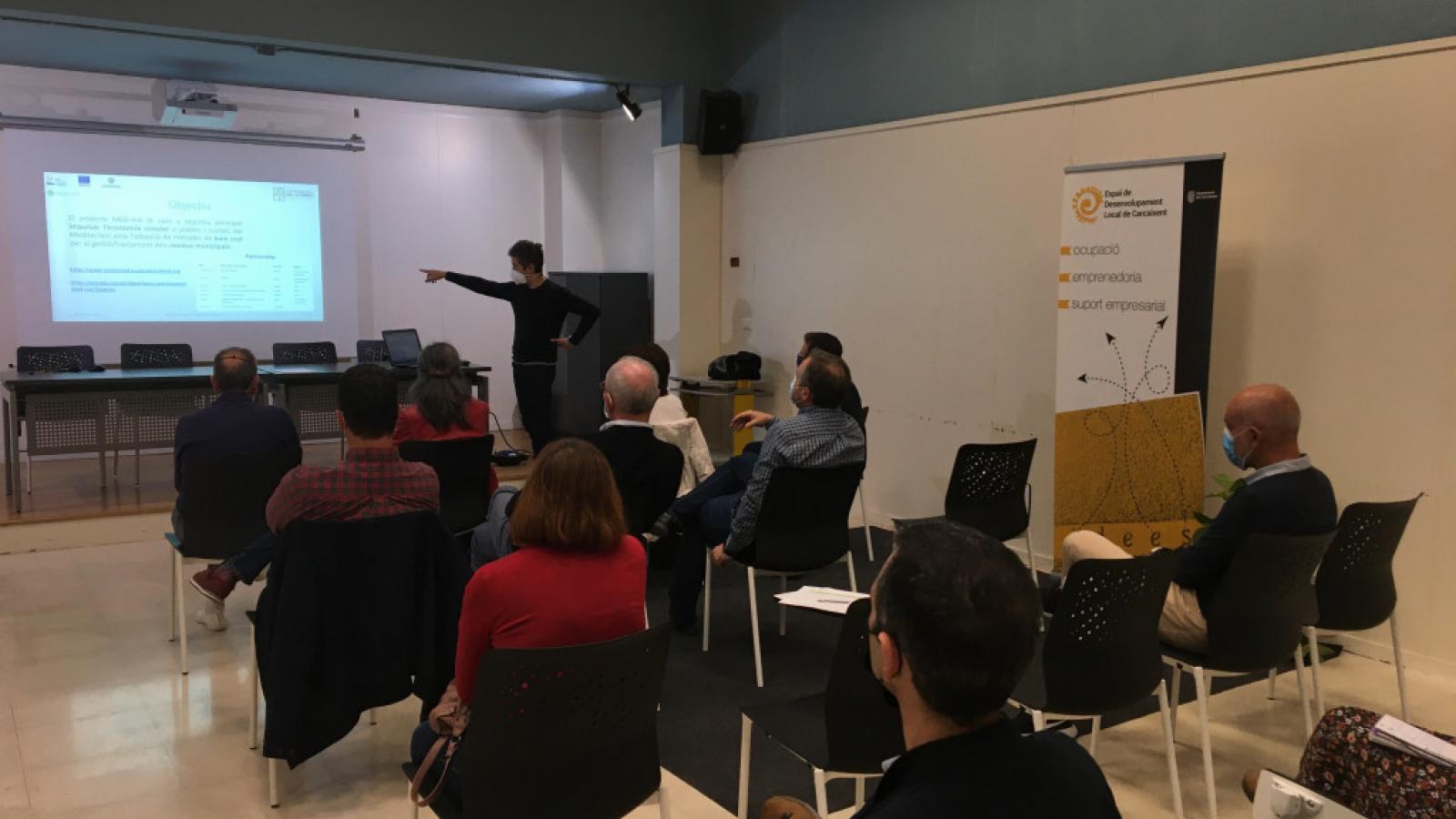 Elaborating an Integrated Solid Waste Management Plan (ISWMP) for the 3 MED-InA pilot municipalities is one of the project’s main outputs. This ISWMP shall be a comprehensive waste prevention, recycling, composting, and disposal roadmap, marking Zero Waste as the new approach at local level in Carcaixent (Spain), Irbid (Jordan) and La Marsa (Tunisia).

MED-InA’s rationale is that committing to a Zero Waste approach requires the combined efforts of public, private and citizen action. That is why the city of Carcaixent is leading a large consultation among its territorial stakeholders (citizens, associations, industries, companies, shops, etc). The objectives of this participatory process are multiple:

The participatory process is ongoing and reaching towards its final stage, after having followed the following steps:

On October 28th, 2021, the city council of Carcaixent launched the ISWMP’s citizen participatory process to draw their roadmap towards Zero Waste culture. This event targeted civil society representatives who were presented with a local waste diagnosis previously elaborated, the current legal framework and its potential future version. In addition, Consorci de la Ribera’s Plàcid Madramany Sanchis introduced the MED-InA project, which works hand in hand with the City of Carcaixent to make progress towards waste reduction and circular economy. All local associations were invited: those who attended included primary schools, retiree associations and school parents associations.

Then, on December 1st, 2021, a 2nd session was held at Carcaixent’s Economic Development municipal building and gathered 10 participants. This face-to-face meeting with citizens was the opportunity to collect their ideas, raise their problems and the experience of local actors in managing waste in a sustainable manner. The methodology used for this exchange was the “World Café”, where participants had to figure out how to answer some questions about the future of Carcaixent waste management such as: how is it possible to reduce waste production? Which are the actors and the resources necessary to meet and exceed the current legal framework waste objectives?

Discussions were based on the diagnosis of the current waste management system, presented during the launching event. The main weaknesses identified by participants were the low rate of waste separation at source, and the challenge of waste prevention illustrated by overpackaging in their daily shopping.

Many ideas emerged from the exchange, in the various subcategories of waste management:

After the face-to-face session, an online questionnaire was launched to increase the citizens’ participation. From the 1st to the 22nd of December 2021, citizens had the option to fill in the questionnaire to contribute with their suggestions. It is relevant to mention that MED-InA ambassadors, the volunteers who recruited 2,000 households in spring 2021 to be supported in picking up sustainable habits in their individual waste production, were in charge of promoting the questionnaire through the GD6D platform. A total number of 71 responses were collected, adding up to the live feedback from the World Café in the wider participatory process.

Currently, Consorci de la Ribera and the City of Carcaixent are conducting the validation of proposals gathered during the previous phases. Until January 23rd, 2022, Carcaixent inhabitants are invited to reply to a new questionnaire, which is a proposal validation query allowing citizens to revise the proposed actions raised during the previous phases: http://www.municipis2030.es/proces-participacio-carcaixent.php

“Have container return systems that give you a reward for separating certain waste (cans, bottles, etc.)”, “Increase the provision of containers for oil collection”: these are examples of proposals in the 2030 Agenda of Carcaixent regarding waste management, which citizens are asked to rate through the online survey.

After this citizen consultation process, Consorci de la Ribera and the City of Carcaixent are expecting to conclude the Integrated Solid Waste Management Plan elaboration process by the end of February 2022.