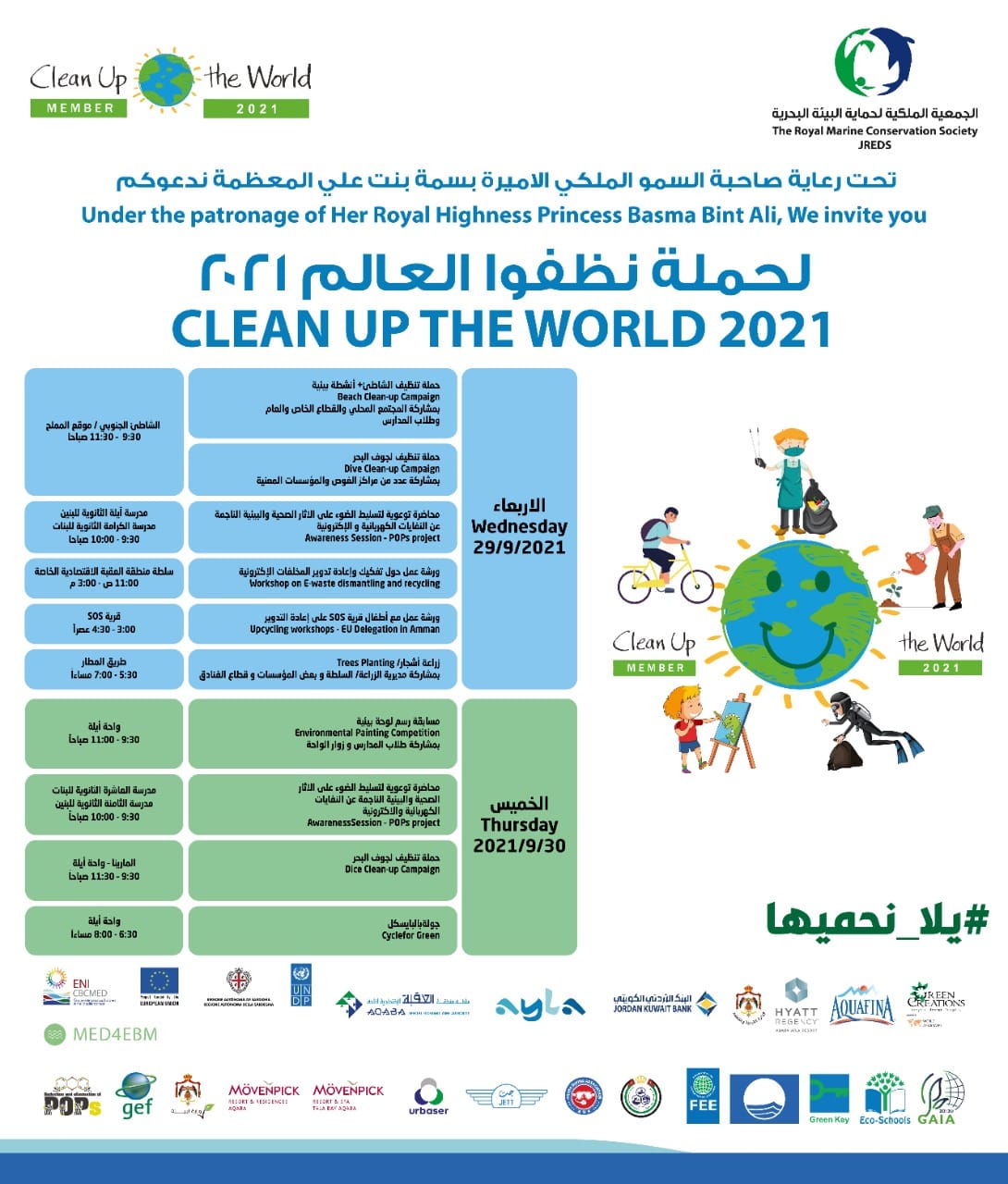 Under MED4EBM project in Jordan, the Royal Marine Conservation Society of Jordan (JREDS) will launch the Clean Up the World Campaign over two days, 29 and 30 September 2021.

Clean Up the World campaign in Jordan started in 1993 when a group of responsible people headed by HRH Princess Basma bint Ali joined the international Clean Up the World campaign community. Since then this has been considered the focal national institution to run this campaign in Aqaba and has succeeded so far in implementing this campaign on an annual basis. The campaign is conducted in coordination with a wide range of stakeholders including the government, the public and the private sector. Also, NGOs, CBOs, schools, youth as well as thousands of volunteers and marine devotees are actively engaged.

The goal of the annual campaign is to create a culture of enhanced awareness among Jordanians to fight against the harmful effects of litter on the marine environment, human health, and the economy. The campaign aims to:

Visits our social media channels for full overage on the campaign days.