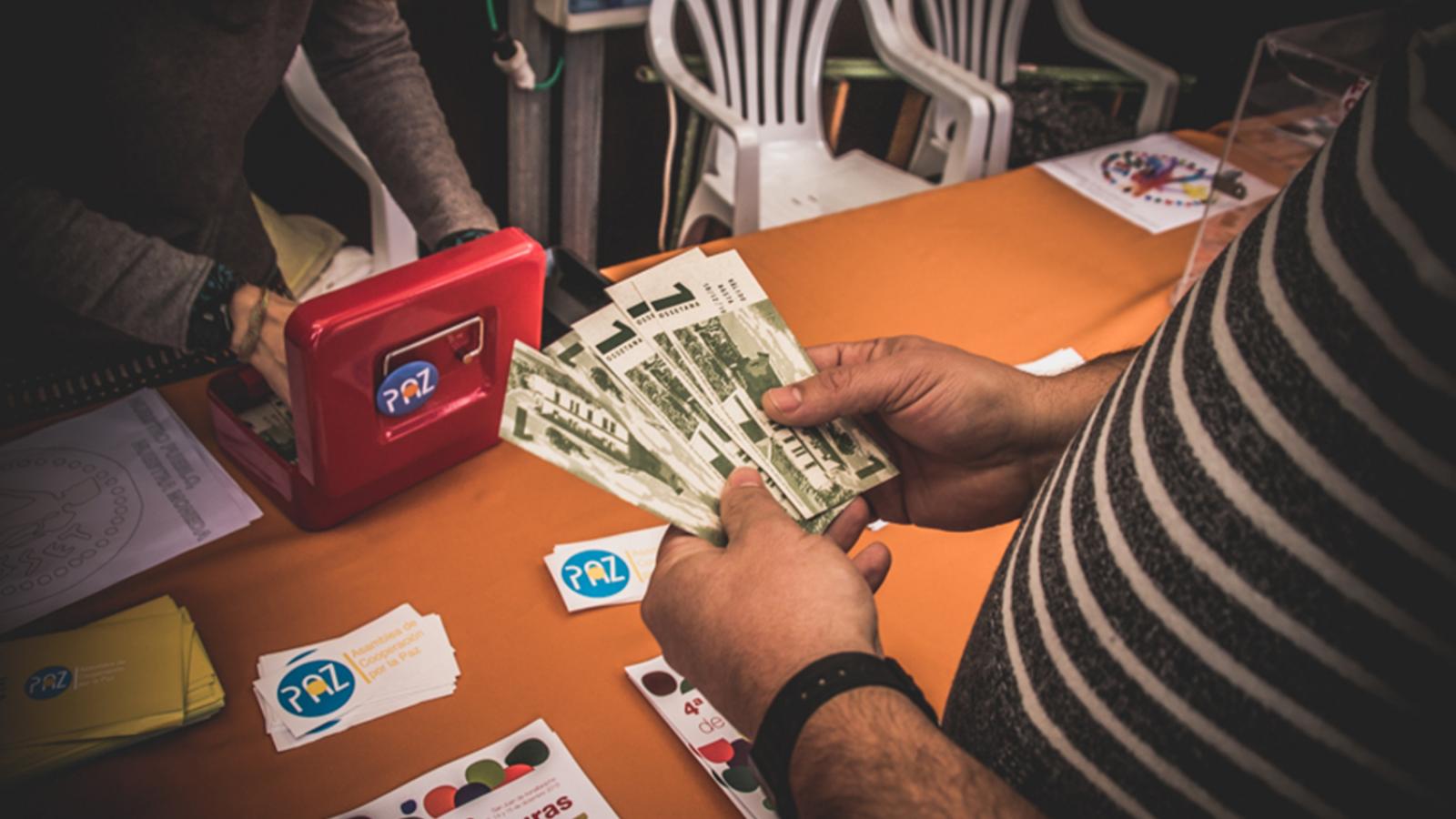 The Ossetana is a local public currency introduced and developed by Asamblea de Cooperación por la Paz de Andalucía as a tool to channel first aid subsidies and to produce multiplier socio-economic impacts to the most vulnerable groups in the Municipality of San Juan de Aznalfarache, a small town near Seville, in which the Spanish demonstrative action of the MedTOWN project is inspired.

In 2014, San Juan de Aznalfarache, like most Spanish municipalities, suffered a decline in the local economy, mainly due to the economic crisis of 2008 but also to changes in population dynamics, such as the boom in consumption in large stores and online shopping.

In this context, and observing the increase of social vulnerability in the municipality, ACPP Andalucía and the San Juan de Aznalfarache Town Council began designing a flexible and fast tool to channel social financial aid that could promote the local economy from two sides: on the one hand, helping families at risk of social exclusion in San Juan de Aznalfarache, by receiving a contribution for basic needs; and, on the other hand, small local businesses that would benefit from their neighbours purchasing through the Ossetana currency.

This project, after almost 5 years of implementation, has managed to inject more than 200,000 euros into the municipality, benefiting around thirty businesses and more than 600 families at risk of social exclusion. All of this has been developed thanks to the technological innovation provided by using a mobile application to receive income and make payments.

In addition, the tool has demonstrated in these years direct benefits for the public administration, generating work-time-savings for social workers of approximately 580 hours for every 20,000 euros of social aid; and also time-savings in the processing of a grant, that in its usual procedure may need 6 to 13 days, and at present takes 2 or 3 hours to cover the entire circuit.

Thus, following this model, the Andalusian Agency for Development Cooperation (AACID), in its call for innovation, has financed the project "Complementary public currency for the empowerment and sustainability of local economies in the north and south" that ACPP is implementing with two main objectives: to scale up more uses for the Ossetana currency and to replicate the complementary public currency model in the south.

Currently, taking into account the situation presented by the health crisis, public administrations will have to reinvent themselves with innovation processes that optimize public resources as much as possible. In this context, the Ossetana currency is demonstrating its solidity and flexibility to channel aid at a very high speed of circulation while complying with all the recommendations of social distancing, since when making deposits or payments through the App, no contact of less than 2 metres is necessary between social workers, traders and citizens.

Although in the past the example of Ossetana has already been taken as a reference for some municipalities, such as Barcelona and Zafra (Badajoz), it is now that the administrations must embrace innovation with technological tools and place them at the service of the citizens.

If one thing has become clear from Ossetana's experience, it is that innovation in social policies through complementary currencies is a path that allows public administrations to increase their resilience in the face of different moments of crisis.