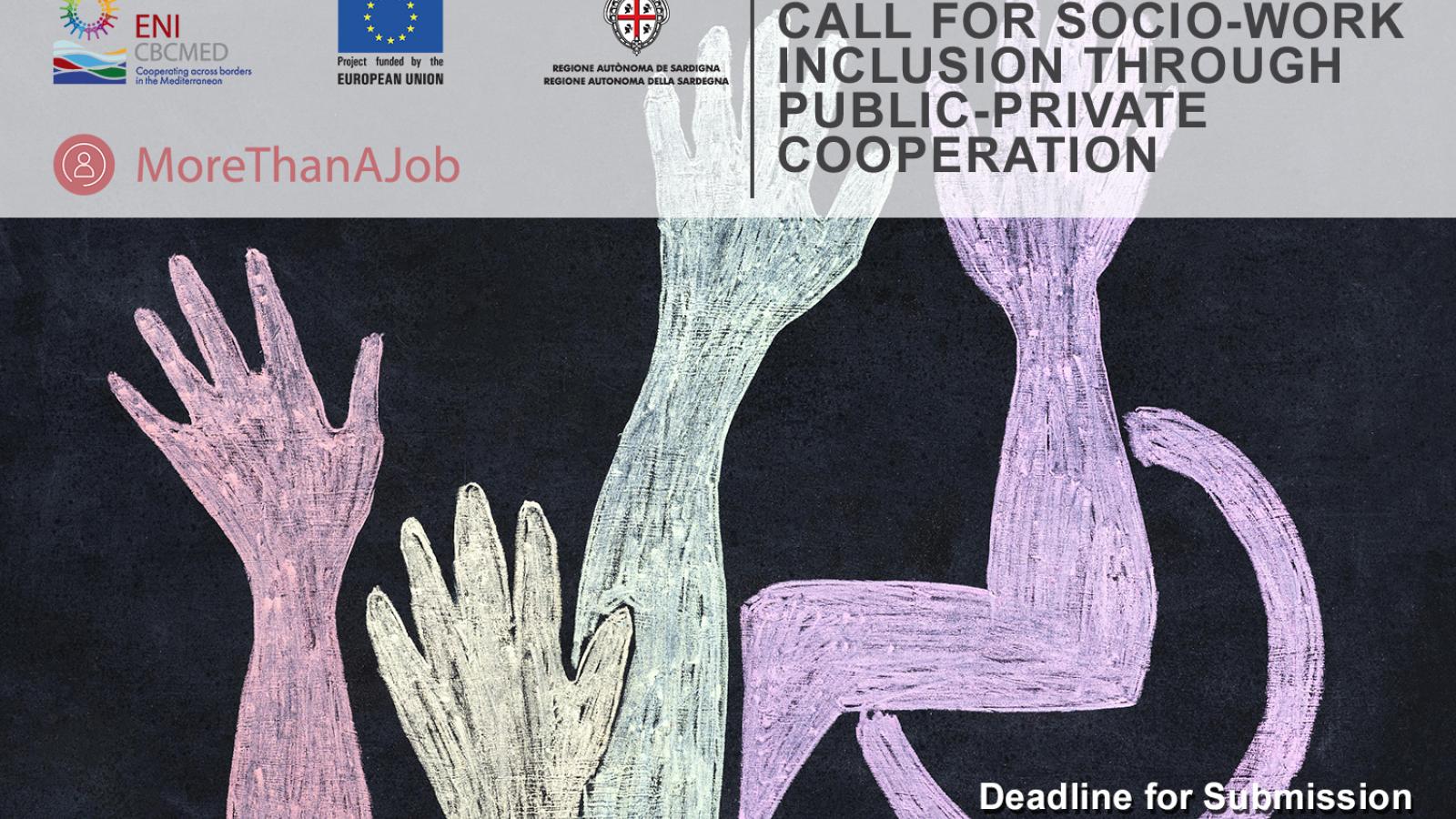 The financial crisis, as well as the unstable financial and political situation in many Mediterranean Partner Countries, sorely tested the applied economic model. Furthermore, around 15 million persons (migrants and refugees) born in a third country currently live in the region and need to find a job or enter the education system. It has become apparent that new and credible alternatives to the mainstream economy are needed. These transformations in the economy and society have brought increased attention to the social and solidarity economy (SSE) actors that have been capable of helping to turn the challenges into opportunities. Nevertheless, for the SSE initiatives to be efficient, effective collaboration with the public authorities (PA) is fundamental.

In this context, the project MoreThanAJob is issuing calls for proposals for sub-grants aiming at financing SSE-PA cooperation projects aiming at improving welfare and social services for vulnerable groups in order to increase their opportunities for social and labour inclusion.

The target groups of the call are a specific type of organization from the Social and Solidarity Economy (SSE) - having the specific feature of producing goods, services and knowledge while pursuing both economic and social aims and fostering solidarity - such as (among others): NGOs, cooperatives, mutual benefit societies, associations, foundations, non-profit and social enterprises.

Proposals presented under the call of sub-grants should insist on one of the following themes:

The proposed initiative should foresee the collaboration with a public administration that will be formalized with the signature of at least 1 Memorandum of Understanding during the project lifetime.

The proposals can include one of these initiatives or another in line with emerging needs and challenges at the local level in relation to the above-mentioned themes (the list is not exhaustive):

•        employment support services and career guidance for unemployed people to support their entrance into the labour market;

•          support the labour inclusion with a particular focus on vulnerable groups such as unemployed, poorly qualified and people with a migrant background;

•          activities establishing and/or strengthening new/recently established social enterprises supporting their capacities to promote the economic and social growth of the territory;

•          development of forms of social generativity promoting the social and economic growth of the territory through the cooperation of different stakeholders including no-profit, profit and public actors;

•          educational and training services addressed to the most vulnerable groups to foster their inclusion in society and in employment, such as after school activities or professional courses for adults without a qualification;

•          contrasting situations of fragility and disadvantage among vulnerable groups in order to intervene on the phenomena of marginality and social exclusion;

•          promoting community actions in disadvantage urban or suburban areas to encourage and promote the active participation of vulnerable groups in our societies.

The overall call for proposal for sub-grants covers the five project countries (Italy, Greece, Lebanon, Jordan and Palestine) for a total budget of € 200,000.

Sub-grant calls for proposals country-based and in national languages are issued in order to define actions/activities that better fit with national contexts.

Look inside the video for more details.