MedSNAIL in Lebanon raises awareness on Ark of Taste products 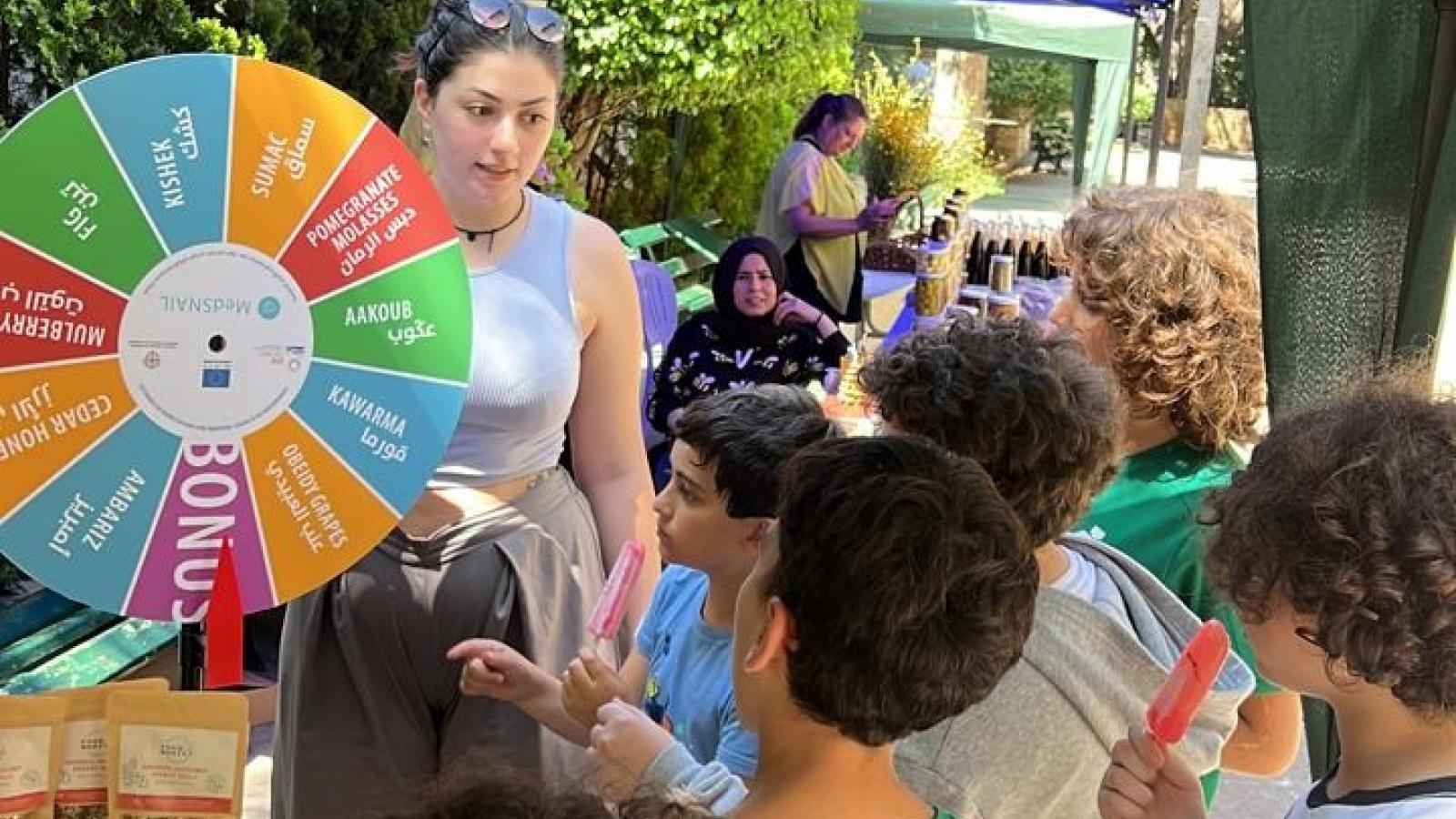 As part of the MedSNAIL project's campaign on responsible consumption, ESDU-AUB (the Environmental Sustainable Development Unit of the American University of Beirut), Lebanese partner of the project, has been participating in different local events where its team held educational activities to increase awareness and visibility on the Ark of Taste products of Lebanon.

Four events were attended between June andSeptember 2022. The first one was a farmers’ market in an International College (an independent non-profit school in Beirut) in June. Among the attendees were the elementary and high school student body as well as faculty members, administrators and guests, in addition to the various producers participating in the market. The second event was a visit to UNESCWA (the United Nations Economic and Social Commission for Western Asia) in July, in which the employees in the building took part. The third one was a street festival in Ain Zebde (a village in West Bekaa) in August, where the families and producers of that village were present. The fourth and last one was a farmers’ market in the Mir Amin Palace in Beiteddine (a palace in the administrative capital of the Chouf district) in the beginning of September. The attendees included the producers that were participating in the market, families from across the country, as well as tourists that had been staying in the region.

During these events an educational game was organized which involves a wheel of fortune featuring the ten Ark of Taste products in Lebanon. The participant spins it and the needle settles on a product of which the team asks a question. The questions generally revolve about the production process, the different ways it can be consumed, as well as other questions that highlight historical and cultural impacts of the products.

The purpose of this game is to challenge the participants while also encouraging them to learn about the culinary heritage of the region. Easier questions are chosen for younger audiences while harder ones are given to more experienced players. This game has proven to be especially popular among children and preteens who flock for a chance to spin the colourful wheel in hopes of winning a treat related to the Arc of Taste products.