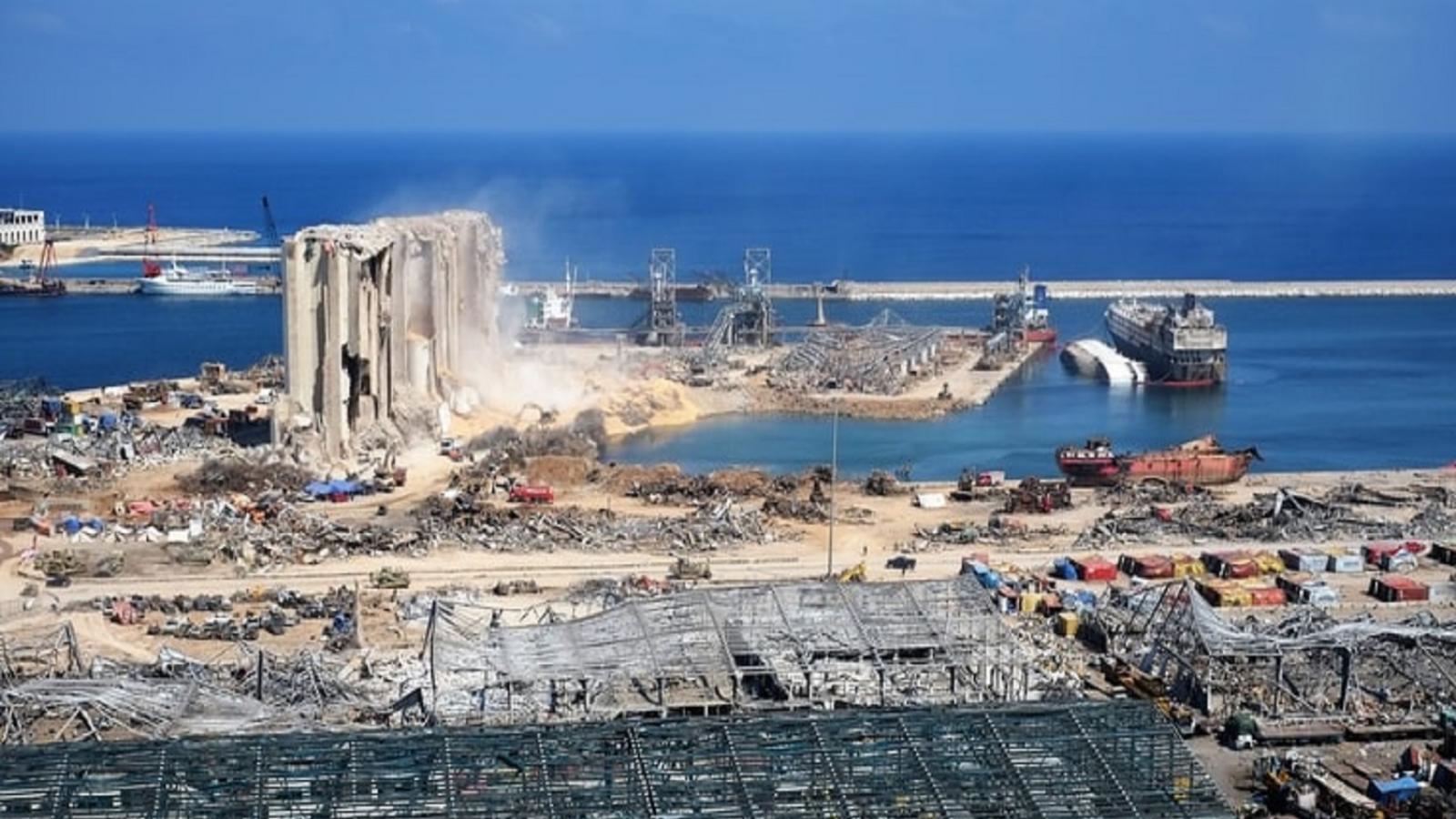 On the 4th of August 2020, two explosions hit the port of Beirut sending shockwaves throughout the city after 2,750 tons of ammonium nitrate stored in a warehouse caught fire. The blast caused multiple casualties and widespread damage with over 200 deaths and more than 6,500 injuries and left up to 300,000 people homeless. The powerful shockwave destroyed nearby buildings and caused an extensive and material damage not only limited to the port area but also hit the entire city of Beirut.

The explosion came at a time when Lebanon was undergoing a severe financial crisis, not to mention the impact of the coronavirus pandemic.

However, and a couple months after the horrific event, the new director of port of Beirut Mr. Bassem el-Kaissi affirmed during the kick-off meeting of the EU funded project, YEP MED (Youth Employment in Ports of the Mediterranean), that the port has resumed almost all of its operational procedures for shipping and discharging cargo. Despite going back to a quasi-normalcy with respect to its operations, the port of Beirut is still in need of immediate support on all fronts.

The YEP MED project aims at better matching the labour market needs of the maritime sector, more specifically the port communities, with the skills and competencies offered by the dual TVET education system in order to contribute to jobs creation and facilitate productive economic growth with a particular focus on the youth and especially NEETs and women. The project also seeks to set up collaborative national and transnational partnerships between port-logistics associations, operators, SMEs, training centres and VET providers

YEP MED’s objectives fall directly within the scope of the support needed for the rehabilitation of the Beirut port after the blast. The project will create opportunities for building the capacities of the youth and women employed in the Beirut port community and providing Lebanese TVET graduates with marketable skills and competencies in the diverse fields of the maritime and port sectors. A comprehensive training program and curricula adapted to the needs of the Lebanese port ecosystem and to the maritime job market will be delivered to potential trainees. In addition to that, YEP Med will pave the way for technology transfer and upscaling the quality of services offered by the Beirut port operators through partnerships between the North and South Mediterranean project partners. The project will hence grant the Beirut port community and the Lebanese enterprises access to new markets and advanced technologies.

Center for Economic Research at the CCIA-BML