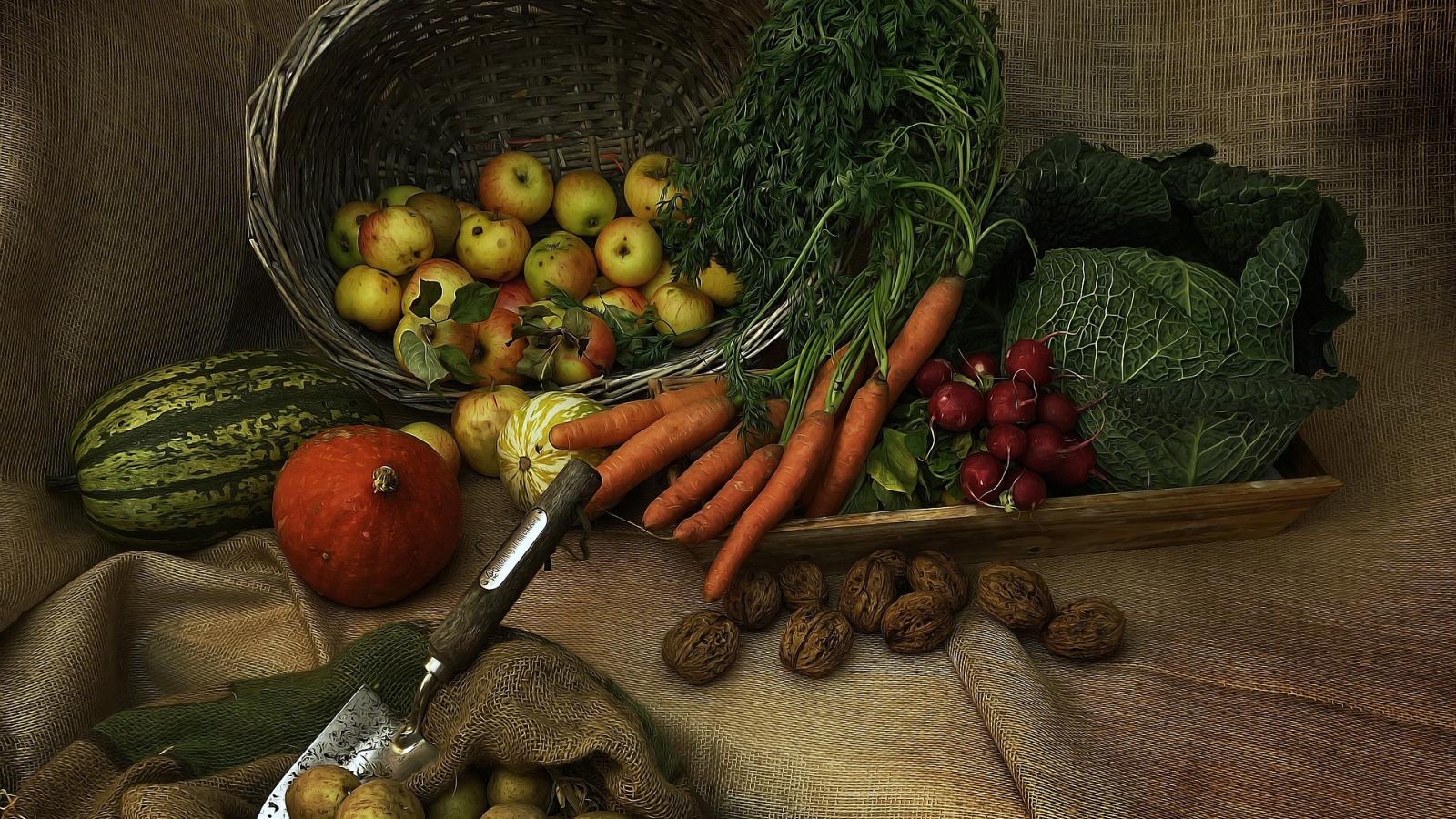 Picture from Michi-Nordlicht at Pixabay

The health crisis provoked by the expansion of Covid-19 all over the world is undoubtely having an important impact on the normal development of european projects, as most of them deal with issues that need to be tested on the territory, for which mobility is of outmost importance. Transnational cooperation means working on a topic  locally under a common approach agreed by a number of partners, and exchange experiences and know-how, trying to transfer good practices into other contexts.

European projects act as real ideas labs where to test and implement new ways of doing to improve governance, and management of resources with a wide approach involving innovative and experimental methodologies as a result from cooperation with  european counterparts.

No contingency plan could foresee the development of a pandemic which would prevent people from going out and doing normal life, we are at a rare ocurrence and we must find ways to go on working with our projects, adapting working plans to the current situation.

That is what we’re trying to do in MedSNAIL.  Some weeks ago all partners had a virtual meeting and decided an alternative path for our project, to be tried along the following two or three months, this way leaving summer the possibility to mark a turning point in the development of Covid-19.

MedSNAIL wants to test a methodology, inspired by the Slow Food approach, with the aim of saving and valorising local agro-food products strongly linked to local communities and territories, in order to preserve agro-biodiversity and intangible cultural heritage, empower local farmers and trigger a more socially and environmentally sustainable rural development. At present, we are at the stage of mapping products (raw materials, animal breeds, processed products, traditional techniques, recipes) present in the area of intervention, and assess their potential in terms of conservation of the cultural and environmental heritage, as well as their potential to boost virtuous territorial dynamics from a socio-cultural, environmental and economic point of view.

The first phase of this mapping includes desk reviews by all partners aimed at analysing the target contexts and first approachment to stakeholders in the territories. Preliminary diagnosis have been made by every partner, which were to be pooled and confronted in the frame of a workshop addressed to project partners scheduled to be held in Beirut in June, with the aim to support partners to identify stakeholders and local leaders.

But the situation has made impossible to go on with this scenary, as June is so close and travels will still have to await a little more . That is why we have rethought the project’s workplan for the next moths, in an attempt to reinforce partners’ skills to face better prepared the engagement of their stakeholders and local leaders, once the confinement measures will be smoothed in their countries.

Indeed, a series of bilateral virtual meetings through which Slow Food Foundation,  Italian partner in the project, has assisted and advised partners on how to optimise their desk reviews.

These are the main findings :

AUB has already identified the territories of intervention of the project: West Bekaa and Shouf, Their motivations for this choice are in line with  the philosophy and values that the project wants to promote.  It highlights the history and origins of food products and traditional dishes and focus on the cultural and emotional ties that people hold to the West Bekaa and Shouf areas.

“The areas of the West Bekaa and Shouf represent typical cases of diversified and authentic agriculture and food systems that are well embedded and preserved in their respective societies. Most of the inhabitants of these areas still rely on traditional agriculture and food processing practices and are tightly attached to their land and traditions. The areas are also known for having unique biodiversity, natural features and landscapes which also form important component of their heritage.
Small producers in these areas often struggle to maintain their productions due to the lack of resources and market access; hence valorising these products can help in creating opportunities to small producers and thus contribute in the conservation of local traditional practices while protecting native biodiversity and natural resources, preserving local agriculture varieties and traditional food recipes and of course contributing to the livelihoods of the rural communities in both areas”(1) .

On the other hand, the rural tourism sector linked to the gastronomic heritage of the country presents good opportunities for development.

(1)   Overview on local agriculture and food heritage: Case of West Bekaa and Shouf in Lebanon. DESK REVIEW Prepared by the Environmental and Sustainable Development Unit (ESDU) at the American University of Beirut under the project “Sustainable Networks for Agro-food Innovation Leading in the Mediterranean - MedSNAIL

The agricultural area chosen for the study as part of the MedSNAIL project is the island of Gozo, which is both geologically and politically a part of the Maltese islands. Gozo is heavily dependent on the sea transport link with Malta. A consequence of this is the concept of double insularity, and a strong feeling of regional and cultural identity.

“Another important issue is that agriculture and fishing do have an important economic role ranging from food production, culinary tradition, land stewardship, and environmental conservation. They are also important for the tourism industry, and so their significance taken holistically may go farther than their nominal quantitative economic significance”(2).

This context provides the project with an opportunity to explore the consistency between gastronomical and rural traditions of the island with the new forms of slow tourism, which can be promoted from public policies, in contrast with the long tradition of massive tourism suffered by Malta.

In the case of Palestine, the Janin area has been identified as a possible area of intervention. It is an area with a strong rural vocation, many products of the internal market come from the area, is characterized by the presence of small-scale producers as well as many women who work in some cases individually but often also in cooperatives. RWDS has already activated interventions in the area, based on the community based organisation approach, which have resulted in the constitution of "clubs of women" and which represents a strong starting point for the planned interventions encompassed in the MedSNAIL project.

One of the main problems in the agricultural sector in Palestine is related to water scarcity. The problem is not only physical but also political, as producers do not have access to water resources. This circumstance brings an opportunity to the project to work putting the focus on productions that can be grown with scarce water resources, such as wheat, for example.

It is worth quoting here one of the messages included in the desk review by RWDS which adds a vualable dimension to the project, related to governance and sovereignty issues.
“Agriculture is not only essential component of the Palestinian national, cultural, economic and social fabric but it embodies their perseverance, confrontation and adherence to their land under the threat of confiscation and settlement activities. It also provides a refuge and a source of income and food supplies at times of crises"(3)

In the case of Jordan, there’s a clear relationship between agriculture and economic development and the desk review makes obvious that  Jordan is a hotspot for biodiversity in the broadest sense of the word. The territory is characterized by different types of climate with arid, semi-arid, forest and wetlands, which obviously makes the biodiversity of the territory extremely rich.

Although there’re many institutions are working on the preservation of biodiversity, all the action is focused on research, which is uncoordinated and fragmented. Small scale producers are not targeted by the national strategy on environment, but it seems that the main challenges at national level  arise from the industrial approach to agriculture.

Citizens do not seem to be too aware of how important it is to have access to local and healthy food, although there is a very niche market for organic food. The origin of food is not a priority for citizens who base their choices primarily on price. Even markets of producers selling local products are scarce, mostly products of large scale producers are sold at markets and in shops.

The area of intervention of the project is not yet indicated in the desk, however the partner already has an idea that the Highlands could be a good pilot site. This is one of the areas of Jordan most in line with the philosophy of slow food, in fact there is no intensive agriculture but mostly small scale farmers. The producers need support because the quantities produced are not considered statistically significant and therefore the area is not considered by the government. It is characterized by products at risk of extinction.

Tunisia has chosen two different areas for case study: Sfax Governorate and Tunisian Sahel.
The climate of Tunisia is divided into 7 bioclimatic areas favorable for a great diversity of husbandries. The great difference between the north and the rest of the country is due to the Tunisian dorsal which separates the areas influenced by the Mediterranean climate from those influenced by the arid climate engendered by the Sahara. Such a characteristic makes Tunisia a country particularly vulnerable to climate change.

Plant biodiversity and agriculture sector, extremely important, are evolving in a fragile natural environment, with highly sensitive dependence on weather conditions. An effective means for ensuring plant diversity should be based on improved skills related to conservation management of potential plants to combat desertification.

In both case study areas, there seems to be a problem of water shortage, provoking water deficit, which has as consequence  salinization of the soil in the case of governorate of Sfax,  and a clear diversity of soils in the case of the Tunisian Sahel, given by the fact that this study area is subject to two types of opposite climatic actions: the temperate Mediterranean climate on the East coasts and the dry arid climate in the West, with a problem of  desertification, which make soil poor in organic matter.

Also in the case of Sahel, the study of agrosystems and the exploitation of agricultural land  highlights all the problems relating to the extension of agriculture to the detriment of rangelands, notably cereal growing in the north and arboriculture. Analysis of the dry and irrigated operating systems in different sites, particularly in the coastal area(…), reveals that in this environment the climate forcing was well resolved in the past through traditional techniques(4)

FAMP’s choice for the implementation of MedSNAIL project is Valle de Andarax, located in the province of Almeria in Andalusia, and focusing the intervention area within the Valle de Andarax with a double criterion: municipalities that are effectively influenced by the Andarax River and also with a marked rural character.

The criteria for the selection of this case study area have been:

o    Depopulation of the rural areas , as one of the most worrying realities of our national demographic. In Andalusia, the depopulation does not reach such dramatic figures as at the national level thanks to the network of medium and small cities distributed uniformly throughout the territory. Despite this, we cannot ignore the fact that there are depopulation situations in our territory that must be taken into account and that require new actions to fight against. In this sense, the report "On the subject of depopulation in Andalusia" elaborated by FAMP describes 11 rural areas to be revitalized in Andalusia, among which is the Valle de Andarax.

o    Climate change and desertification, being the latter a process of soil degradation accelerated by aggressive and unsustainable human actions in the natural and productive environment. Nowadays is an endemic problem in Mediterranean environments.

o    The aging of the population is another factor threatening the rural areas of the national and andalusian territory. Together with depopulation, the lack of generational replacement in rural areas leads in many to the disappearance of crops and traditional techniques.