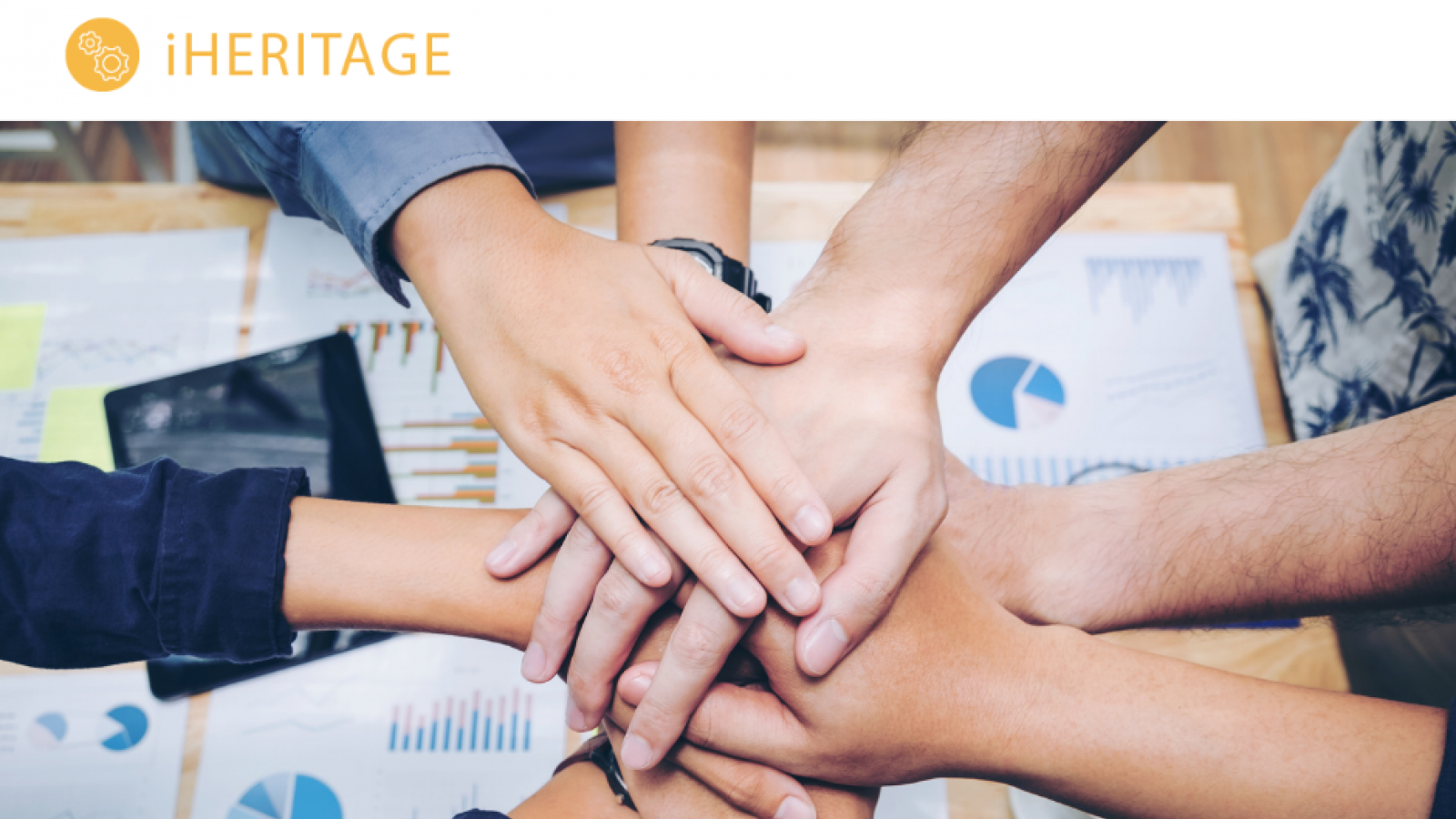 The EU-funded iHERITAGE project, which brings together 10 institutions from the 6 Mediterranean countries of Italy, Spain, Lebanon, Egypt, Portugal, and Jordan, aims to enhance and enrich the level of understanding of UNESCO recognized cultural heritage sites and elements using the latest available Information and Communication Technologies (ICT) such as, Augmented Reality (AR), Virtual Reality (VR) and Mixed Reality (MR). iHERITAGE will help create an innovation-driven growth process and foster the active involvement of young people, females, and those not in employment, education, or training (NEETs).

Meet the team behind the iHERITAGE project and find out more about each of the 10 actively involved institutions here:

Lead project partner, the Sicilian Region- Department of Tourism, Sport and Entertainment- from Italy, a non-profit public entity with the aim of promoting tourism in Sicily acts as the main project coordinator and is responsible for monitoring all project activities carried out through iHERITAGE's initial preparation and implementation processes.

The Castle and Medieval Towns Circuit Association, which gathers public entities (local bodies of all Sicilian provinces) and private stakeholders operating in the sector of the cultural heritage enhancement, animation of art sites and theatrical performances, local development policies. The Association has as its social purpose the safeguarding, networking, enhancement and promotion of Castles and Medieval Villages and is responsible for the coordination of all Intangible Cultural Heritage activities, and artistic direction of iART events.

Representing Egypt is the Confederation of Egyptian European Business Associations - CEEBA, a non-profit organization with extensive experience in EU projects, advocating on behalf of Egyptian Business for market access to the EU and to promote EU Egyptian Trade and Investment and working towards environmental, technological and social development in Egyptian communities. CEEBA is in charge of the communication and dissemination of the iHERITAGE project activities and achievements on a Mediterranean, EU and international level.

The Association of the Mediterranean Chambers of Commerce and Industry - ASCAME located and operating from Spain is a non-profit international organization that represents the private sector of the Mediterranean, regrouping the Chambers of Commerce and Industry and similar entities from 23 countries of both shores of the region. The plan of capitalization and commercialization of new products and services developed through the iHERITAGE project will be guided and led by ASCAME.

Jordan: Jordanian Society for Scientific Research, Entrepreneurship and Innovation - JSSREC and the Jordanian Department of Antiquities

The Jordanian Society for Scientific Research, Entrepreneurship and Innovation - JSSREC, is an educational non-profit society registered at the Ministry of Culture and the Department of Antiquities, one of the independent state departments in the Hashemite Kingdom of Jordan, are both exceptionally active partners and participants in all project activities and responsible for the coordination of iHERITAGE activities in Jordan as well as the facilitation of access to Petra as a World Heritage Site and the organization of iART events.

The Lebanese American University - LAU is an accredited American university operating in Beirut and Byblos, Lebanon, under a charter from the State of New York. Successful innovative products and services envisaged and developed by the project, prototyped and tested within the LL using AR, VR, MR for the valorization of tangible and intangible cultural heritage, will be the core business of Spin-Offs and NewCo's as a project activity led by the project's team at LAU.

The University of Algarve - UAlg, is a leading Higher Education institution in the South of Portugal recognized for the excellence of its research, the quality of its teaching and the close relations it establishes with the society through its work, for instance as an active partner and participant in the iHERITAGE project especially in activities related to intangible cultural heritage.

The Legacy of Al-Andalus is a Public Foundation of the Andalusian Regional Government that has the support of the Council of Europe as well as partnerships with a number of other public and private institutions. The activities undertaken by the foundation are based on the dissemination and preservation of the cultural and artistic heritage of Al-Andalus giving the foundation extensive experience as the leader of the Living Labs Program of  iHERITAGE inviting communities to become part and contribute to the outcomes of the project

The University of Palermo - UNIPA is a consolidated cultural, scientific and teaching presence in central-western Sicily a body governed by public law. UNIPA is an active participant in all project activities including the activation of the Living Labs Program, development of the Register of Intangible Heritage and more.

Now you can become part of the international iHERITAGE team through the Living Labs Program launched by the 6 Mediterranean countries during which virtual seminars are held by professionals and experts in the fields of Augmented Reality, Virtual Reality, Mixed Reality, Holograms and most importantly the broader topic of the use of Information and Communication Technologies (ICT) for the enhancement of experiences related to Intangible Cultural Heritage.

Participants who are interested in the creation of innovative technological products in virtual and augmented reality will be largely contributing to more enhanced access to UNESO World Cultural Heritage especially in the Mediterranean and becoming part of the international iHERITAGE team.

To join the next Living Labs Seminars, please stay tuned for further updates by following iHERITAGE on social media accounts: