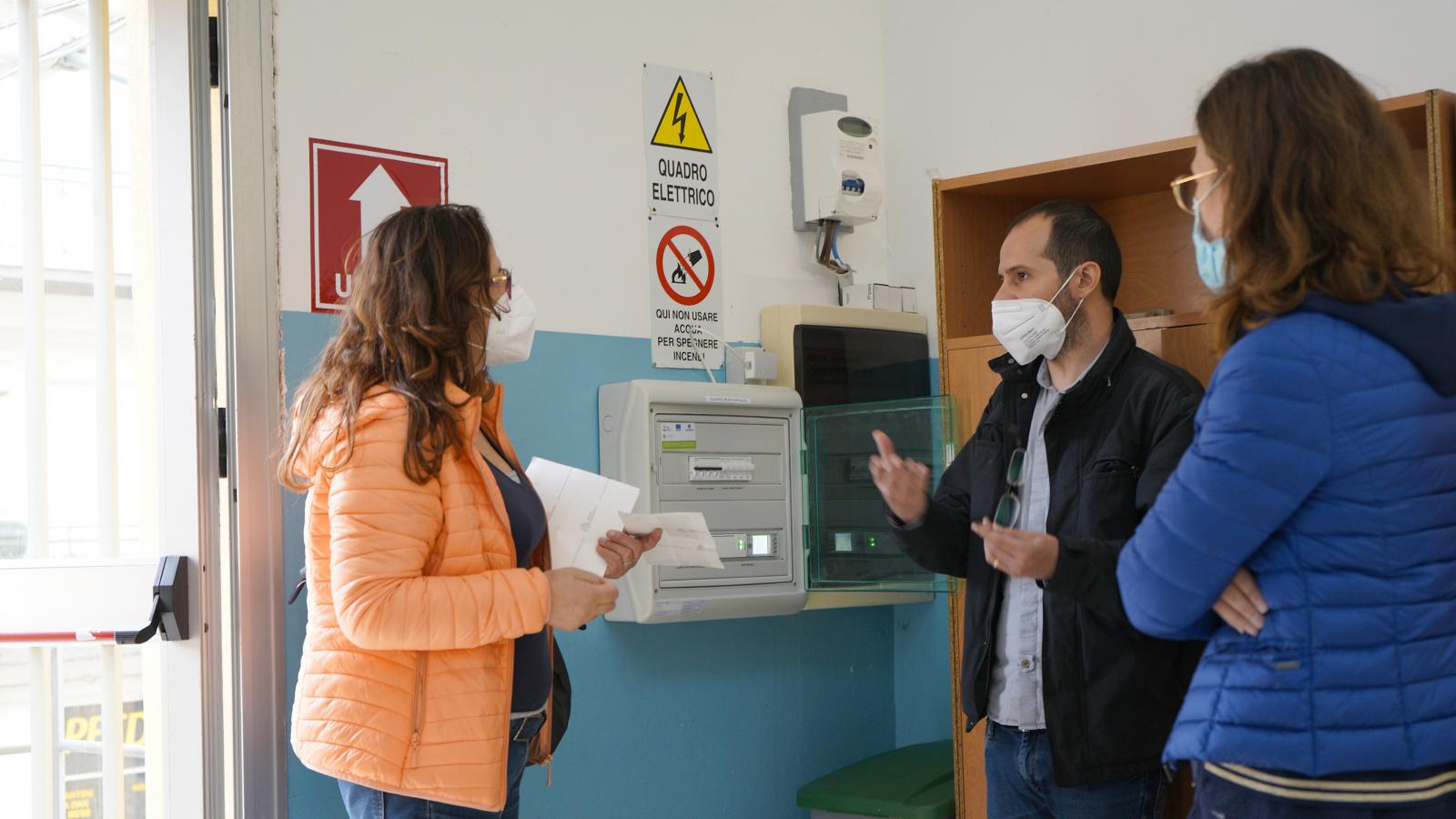 ESMES project has selected six public schools in Italy as part of the school contest to raise awareness of building energy consumption among students. After the selection process was done, the smart meters were installed by an external contractor to start the monitoring of energy consumption in real-time. The collected data will be uploaded to an online platform shared with the 5 ESMES partners involved in the project : Comune di Alcamo in Italy , Consorci de la Ribera  in Spain , the German Jordanian university in Jordan , the National agency for energy management in Tunisia and the Lebanese Center for Energy Conservation in Lebanon.

After the installation of the smart meters the students will be able to start monitoring the electrical consumption of their schools in an effort to raise awareness and adopt sustainable energy behaviours to reduce energy consumption there.
As part of the contest, each team of the selected schools will submit a plan to reduce energy consumption in their schools, and the winner will be granted a financial support from the ESMES project.
The project idea is aimed at implementing both an energy redevelopment plan for school buildings and interventions of efficiency and renewable energy targeting the different components of the buildings which have the highest impact on energy consumption.